Iran to Hit US Bases in Case of Threat to Its National Security, Official Warns

TEHRAN (defapress) – Secretary of Iran’s Expediency Council Mohsen Rezaei said the Islamic Republic will fire missiles at American bases across the region if the US poses a threat to the country’s national security.
News ID: 80975 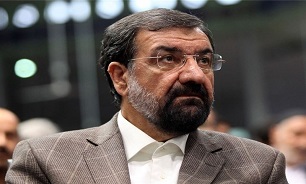 In an interview with Al Jazeera, Rezaei dismissed as part of a propaganda campaign the US president’s recent threat that the US navy will fire at the IRGC’s boats.

All American military bases across the region are under surveillance, he emphasized, warning the US that if Iran’s national security is put in jeopardy, those bases will be hit with missiles.

Iran will never start a war with the US, Rezaei underlined, but made it clear that if Washington wages a war, it will be Tehran which decides when to end it.

He further said that a UN arms embargo on Iran is going to end soon, stressing that after lifting of the embargo, nobody could prevent Iran from purchasing conventional weapons.

The stances adopted by the US and the European Union on the removal of the arms embargo are not binding and Iran will not heed them, secretary of the Expediency Council stressed.

He also criticized certain Arab states for paying ransom to the US, saying those countries oppose whatever plan and initiative proposed by Iran and insist on hostility toward the Islamic Republic.