Iran: US ‘Religious Freedom’ Report Based on Unfounded Claims

TEHRAN (defapress) - Iran’s Foreign Ministry dismissed an annual report by the US government on the religious freedom in Iran as unrealistic and biased, saying the politically motivated report is blatant interference in the internal affairs of the other countries.
News ID: 80979 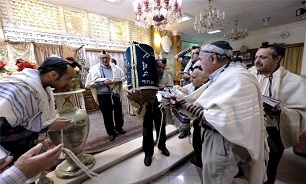 Foreign Ministry Spokesman Seyed Abbas Mousavi on Thursday decried the annual report on “religious freedom in the world” released by the US Department of State, saying, “This report has made bogus and baseless claims about our country, particularly about the status of Jewish people in Iran, which do not apply to any of the legal and official faiths in the Islamic Republic of Iran and are rejected.”

“The US government has once again repeated the baseless and undocumented allegations about the status of religious freedom in the Islamic Republic of Iran in a new report, while the contents of this report reveal the lack of a proper understanding of the situation of Iran in this regard, and clearly reveals that invalid and anti-Iranian information and sources have been used to prepare it.”

Mousavi also dismissed the unrealistic and biased allegations raised in the report, slammed the release of the report as interference in the internal affairs of the other countries, and condemned such interventionist behavior of the US.

Such brazen acts of interference in the domestic affairs of the countries and the release of superficial reports against them take place while millions of indigent and homeless people in various cities of the US are living below the poverty line and are deprived of the basic rights or medical and health services, the Foreign Ministry spokesperson added, noting that such conditions in the US have turned deplorable and catastrophic under the shadow of the pervasive and terrible crisis of coronavirus outbreak in that country and have resulted in the deaths of tens of thousands of American citizens.

The Islamic Republic of Iran has always respected the rights of religious minorities within the framework of its Constitution, and those religious minorities have been fully enjoying the whole citizenship rights, particularly the political participation in the country’s processes and the free exercise of their religions, Mousavi underlined.

“Since ancient times, Iran has embodied a diversified and miscellaneous society involving pure religions, cultures and languages, who have chosen this territory as a place and haven for their social, cultural and economic life since thousands of years ago, and also today, the people of Iran are still feeling the sweetness of such variety and beauty regardless of their religion, language and faith,” the Iranian spokesman emphasized.