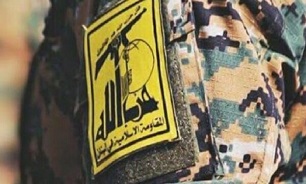 In his twitter account on Sat., Shamkhani wrote, “a new surprise was also unveiled. Suppliers of Weapons of Mass Destruction (WMDs) to Saddam have become defenders of human rights and call Lebanon’s Resistance Movement ‘Hezbollah’ as a terrorist for fear of its child-killer friend.”

ISIL terrorist groups failed to reach Europe because it was trapped by the resistance movement, he said, adding, “it is good that mask of chief supporters and sponsors of terrorism has fallen out.”

Germany announced Thursday it has designated the Lebanese militant and political group Hezbollah a terror organization, banning all of its activities in the country and ordering raids on sites police say are linked to the group.

The police early Thursday raided properties belonging to associations linked to Hezbollah in five German cities including Berlin and Dortmund, the Interior Ministry said in a statement. Hezbollah’s military arm has long been banned in Germany, though the group had been allowed to pursue political and social activities.