TEHRAN (defapress)- A senior commander of Hashd al-Shaabi (Iraqi popular forces) said that a large number of foreign-made bombs and ammunitions have been found at ISIL hideouts in Iraq to prove foreign states' support for the terrorist group.
News ID: 81072 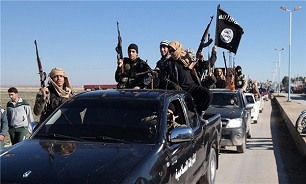 He added that investigations showed that the bombs have not been produced by the ISIL, which proves foreign support for them.

In relevant remarks earlier this month, a senior commander of Hashd al-Shaabi warned that the ISIL terrorist group had been reinvigorated and activated again in a number of provinces in Iraq.