US Must Stop State Terrorism 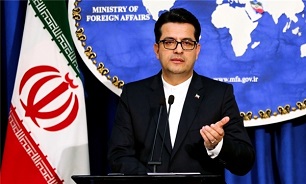 "With a history of founding, funding and arming different terrorist groups, a record of state terrorism, and its outright support for another terrorist regime, US is not a good yardstick for measuring anti-terrorism efforts," Mousavi wrote on his twitter page on Thursday.

"The US must stop its state terrorism," he added.

In a statement late on Wednesday, the US Department of State alleged that Iran, North Korea, Syria, Venezuela, and Cuba have not cooperated with Washington in fighting terrorism in 2019 and that's for the same reason that sales and export of US defense equipment and services to these countries is forbidden.

“The worst and most evil government is now ruling the US. Which government do you know that assassinates our military commander while on a mission,” President Rouhani said, addressing a cabinet meeting on Wednesday.

“The US has always been terrorist but to this extent is unprecedented,” he added.

President Rouhani said that the US has always stood against independent and oppressed nations, adding that the US sanctions place obstacles to Iran’s import of medicine, while the country is grappling with the coronavirus epidemic.

He added that no administration in the White House has been so much inhuman and cruel as the Trump administration, noting that his Secretary of State Mike Pompeo also seems so much unfamiliar with politics.