TEHRAN (defapress) – Secretary of Iran’s Supreme National Security Council Ali Shamkhani highlighted the futility of the US plan to extend an arms embargo against Tehran, saying such a desperate bid has triggered a decisive response from Russia and China and has confused Washington’s allies.
News ID: 81148 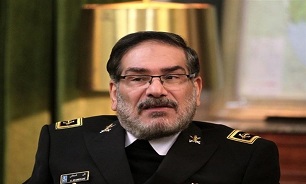 “The US’ futile attempt at extending the arms embargo on Iran has drawn a decisive reaction from Russian and China and thrown Washington’s allies into confusion and doubt,” the top Iranian security official said.

“Inspired by the free and resisting nations, the world has not been tolerating bullies since years ago,” he added.

“There is nothing at the end of this road (taken by the US) but dissolution of unilateralism,” Shamkhani underlined.

The warning came after US Secretary of State Mike Pompeo said he was preparing a legal argument that the US would remain a participant in the 2015 Iran nuclear deal, known as the JCPOA –already renounced by the US president- as part of an intricate strategy to pressure the UN Security Council to extend an arms embargo on Tehran.