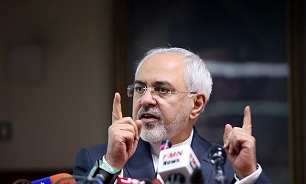 “The ‘knee-on-neck’ technique is nothing new: Same cabal—who've admitted to habitually ‘lie, cheat, steal’—have been employing it on 80M Iranians for 2 yrs, calling it ‘maximum pressure’. It hasn't brought us to our knees. Nor will it abase African-Americans,” Zarif tweeted late on Monday.

Angry protests are spreading across the United States following the recent choking to death of unarmed African-American George Floyd by a white police officer in Minneapolis.

Police have responded with tear gas canisters and rubber bullets to the protests that have so far engulfed at least 30 US cities. Minnesota, where the murder took place, has even activated the National Guard against the protesters in a rare move.

It is estimated at least 5,600 people have been arrested in cities around the US since demonstrations broke out, according to a tally by the Associated Press compiled from police departments, police agency Twitter activity and media reports.