TEHRAN (defapress)- The statement made by the former US President Barack Obama’s National Security Adviser Susan Rice regarding Russia’s involvement in organization of riots in the US over the death of George Floyd is a dirty informational manipulation, Russian Foreign Ministry Spokeswoman Maria Zakharova said Monday.
News ID: 81241 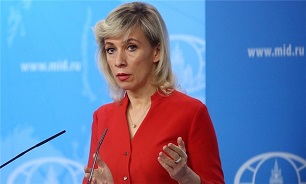 The Russian diplomat noted that a while ago Rice’s party members made a fatal mistake when they "decided to blame absolutely everything that was not to their liking on Russia", TASS reported.

"You are repeating this mistake today together with a CNN reporter, using dirty methods of information manipulation, such as fake news and absolutely no facts to prove your allegation," Zakharova wrote on Facebook, addressing Rice in person, adding, "Your interview with CNN is a perfect example of barefaced propaganda."

The foreign ministry called on the ex-adviser to stop playing the "Russian card" and return back to reality.

"I would like to remind you that the social media, which you believe are being used by Russian agents to fuel protests in American cities, were registered in the United States, belong to Americans and are regulated by American laws," she noted.

"Go out and face your people, look them in the eye and try telling them that they are being controlled by the Russians through YouTube and Facebook. And I will sit back and watch 'American exceptionalism' in action," she continued.

Last week, mass riots broke out in Minnesota and a number of other states, after a video of the brutal apprehension of an African American George Floyd was uploaded to social media. Soon after his apprehension, the forgery suspect died in one of the city hospitals. Later, all four involved police officers were fired; one of them was taken into custody over charges of involuntary manslaughter.