TEHRAN (defapress) – Israel and Saudi Arabia have engaged in secret meetings since last December to include Saudi representatives in the Islamic Waqf Council at the Al-Aqsa Compound in Jerusalem (al-Quds).
News ID: 81243 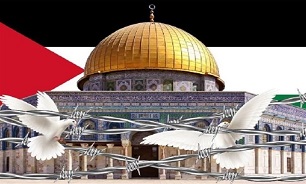 The Islamic Waqf Council is a Jordanian-appointed body, which oversees Muslim sites in Jerusalem and has exclusive authority over the Al-Aqsa Compound.

The talks have reportedly taken place within the context of US President Donald Trump’s so-called “deal of the century”, Saudi diplomats said, the Middle East Monitor reported.

“These are sensitive and secret discussions conducted with ambiguity and low intensity with a small team of diplomats and senior security officials from Israel, the US and Saudi Arabia as part of negotiations to progress the Deal of the Century,” said the diplomats.

The report added that the Jordanians reached out to Israel and the US and said it had softened their position regarding Saudi representation to counter the increased Turkish influence.

It is however on the conditions that Jordan would retain its exclusive status as the custodian of the holy sites, and that Saudi Arabia fund Islamic organizations in East Jerusalem while expelling those funded by Turkey.

Saudi Arabia would be given the status of observer so as not to harm the unique status of Jordan as guardian of the holy sites, the report added.