TEHRAN (defapress) – Secretary of Iran’s Supreme National Security Council dismissed speculation that the release of Iranian scientists jailed in the US and Iran’s move to free a US navy veteran from prison have been the result of negotiations between Tehran and Washington.
News ID: 81259 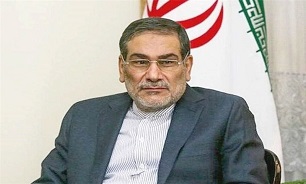 In a post on his Twitter account on Friday, Shamkhani said US President Donald Trump is trying to use the release of American national Michael White from Iranian custody as a political gimmick as he seeks to draw public attention away from his numerous failures.

“The prisoner swap has not been the result of negotiations and no talks will be held in the future (between the US and Iran),” said Shamkhani.

Officials in the US administration have claimed that it was Trump who got the release of White from Iran.

Shamkhani, however, dismissed those claims, saying the US president wants to cover up his failures in dealing with various crises, including the new coronavirus pandemic and the spread of anti-racism protests across the US.

“Trump’s situation is so desperate, either regarding international exchanges or the coronavirus fiasco or the racist division-mongering inside America, that his team has no choice but to make up and show off artificial successes for him,” Shamkhani added, Press TV reported.

Iranian judicial authorities have insisted that White was released from prison after he managed to get the consent of a private plaintiff.

The American national, who had been in Iranian jail because of security-related charges over his role in the spread of HIV/AIDS disease in Iran, was pardoned for his other crimes based on Islamic clemency.

Iran has been open to prisoner swaps with other countries provided that such swaps do not violate its judicial independence and respect the rights of plaintiffs.