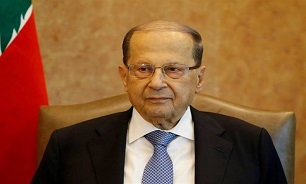 “Our strength remains in our national unity…What happened last night is a warning bell,” Aoun’s office quoted him as saying on Twitter on Sunday.

“We must put our political disputes aside and hurry to work together to revive our country from the depth of the successive crises.”

Gunfire was heard in some Beirut neighborhoods and suburbs on Saturday night during scuffles between supporters of rival parties, local media reported. Security forces deployed in large numbers.

“Sectarian violence has surged again in a bid to polarize the country and undermine national unity as well as civil peace. Such strife is much worse than mass murder. Cursed are those who stoke it! Exercise due vigilance in order not to get carried away as strife will spare no one,” Berri stated on Sunday.

Lebanon is facing its worst economic crisis in decades. The Lebanese pound has continued to plummet against the US dollar, losing more than 60 percent of its value over the last weeks while sources of foreign currency have dried up.