TEHRAN (defapress) – Russia’s foreign minister called for “universal condemnation” of the US attempt to get the UN Security Council to impose a permanent arms embargo against Iran.
News ID: 81289 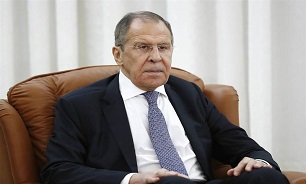 Sergey Lavrov said the United States withdrew from the 2015 nuclear agreement between Iran and six major powers and now has no legal right to try to use the UN resolution endorsing the deal to indefinitely continue the arms embargo, which is set to expire on Oct. 18.

The UN Security Council endorsed the 2015 nuclear deal, known as the JCPOA, under Resolution 2231, after which the 15-member body agreed to lift a UN embargo on the sales of conventional weapons to Iran on October 18, 2020.

In a letter to UN Secretary-General Antonio Guterres and the Security Council circulated Monday, the Russian minister said statements by US State Department officials that the Trump administration doesn’t plan to resume its commitments under the nuclear deal but plans to invoke rights allegedly deriving from the resolution endorsing it are “ridiculous and irresponsible.”

US Secretary of State Mike Pompeo and US Ambassador to the United Nations Kelly Craft have said extending the arms embargo against Iran is a top priority for the United States.

Craft told a press briefing Friday that she had shared a draft Security Council resolution imposing an indefinite arms embargo on Iran with Russia and with Western council allies Britain, France, Germany and Estonia, and hopes to give the draft to the rest of the 15-member council “pretty soon.”

But she said first she wants to talk to ambassadors and “make sure everyone understands that we are committed to making certain that the UN Security Council does not allow this to expire in October.”

But Russia’s UN Ambassador Vassily Nebenzia has already make clear Moscow’s opposition to a Security Council resolution extending Iran’s arms embargo, which Russia could veto. He also said the US has “no right” following its withdrawal from the nuclear deal to use the “snap back” provision in the 2015 council resolution, which automatically restores all UN sanctions against Iran that had been lifted or eased if the nuclear deal is violated.

Craft disagreed, saying the resolution “makes clear that the US retains the right” to use the “snap back” provision.

Lavrov’s letter went further in explaining Moscow’s strong opposition to an indefinite arms embargo and US use of the “snap back” provision.

“We are proceeding on the basis that the United Nations should not become hostage to the political situation in the United States, which has decided to withdraw from the plan,” he said. “There are no valid grounds for raising in the Security Council the issue of an arms embargo against Iran.”

Lavrov said the nuclear deal and the Security Council resolution “form a single whole” and can’t be considered separately. And under Article 25 of the U.N. Charter, “the United States side is obliged to carry out the decisions of the Security Council, rather than undermine them through its unlawful actions,” he said.

Lavrov said international courts have held “that a party which disowns or does not fulfill its own obligations cannot be recognized as retaining the rights which it claims to derive from a relationship.”

The United States, having violated the Security Council resolution and declined to implement the 2015 nuclear agreement has therefore “forfeited the possibility” of using the “snap back” provisions, he said.

Lavrov called on the US to stop undermining the nuclear agreement and the UN resolution.

He said Russia and “other responsible members of the international community will continue to make every effort” to preserve the nuclear deal.

“The United States must recognize that there are neither legal nor other grounds for its policy of using Security Council mandates to pursue its own selfish interests,” Lavrov said.