TEHRAN (defapress) – Three photojournalists along with dozens of Palestinians in the occupied West Bank were injured and suffocated by the Israeli army’s live and rubber bullets, and tear gas.
News ID: 81312 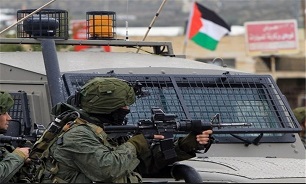 Israeli forces have fired tear gas to disperse weekly anti-settlement protests in Kafr Qaddum, leaving a number of people, including children, suffering from suffocation. They have also used rubber bullets and sound bombs against the protesters.

The UN Security Council has condemned Israel’s settlement activities in the occupied territories in several resolutions.