TEHRAN (defapress)- UK Prime Minister Boris Johnson “scrapped” a team of senior ministers who were charged with protecting the country from security hazards, including the threat of a pandemic, just six months before the outbreak of coronavirus, The Daily Mail’s investigation revealed.
News ID: 81321 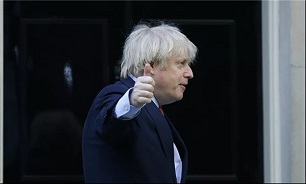 According to report, the group called the Threats, Hazards, Resilience and Contingency Committee (THRCC) was a sub-committee of the National Security Council (NSC). It included such prominent ministers as Health Secretary Matt Hancock, now Minister for the Cabinet Office Michael Gove and former Secretary of State for Defence Gavin Williamson and was chaired by David Lidington, Theresa May’s deputy prime minister.

However, in 2018, the sub-committee was suspended by May following advice from the Cabinet Secretary, Mark Sedwill, as the country was potentially heading to a “No Deal” scenario.

“We were having to spend more time on EU exit strategy and less on everything else,” a former Cabinet minister who also sat in THRCC told The Daily Mail, adding, “It was felt that if we were going to get our ducks in a row to prepare for the risk of a no-deal scenario we had to slow down on things including THRCC”.

The committee was completely abolished by Johnson when he assumed office in July 2019, with no virus control plans being put forward, according to the report.

The former THRCC member, who remained anonymous, says that the committee could have helped improve the government's response to coronavirus, if it had remained in place.

“Once the pandemic took hold in Italy... alarm bells would have been ringing,” the ex-minister tated, adding, “We would have stress-tested the Government’s contingency plans for dealing with a pandemic”.

In July 2018, then-Minister of State for Security Ben Wallace was behind a Home Office report which highlighted the importance of THRCC as a safeguard against infectious diseases. It was Wallace’s “biological security strategy” that especially pointed out that “one of the most significant civil emergency risks” the UK was facing came from an influenza pandemic.

“Such an outbreak could have the potential to cause hundreds of thousands of fatalities and cost the UK tens of billions of pounds”, the report was quoted as saying.

“Significant outbreaks of disease are among the highest impact risks faced by any society, threatening lives and causing disruption to public services and the economy,” it added.

The chair of the National Security Council Committee, Dame Margaret Beckett, has reportedly pledged to investigate the dissolution of THRCC at a cross-party inquiry into the UK government’s response to the coronavirus crisis.

According to John Hopkins University data, the United Kingdom has registered more than 295,800 cases of coronavirus, with almost 41,750 deaths.