TEHRAN (defapress) – Afghanistan’s government and the Taliban group have agreed that Doha will be the venue for the first meeting in their peace talks, both sides said.
News ID: 81330 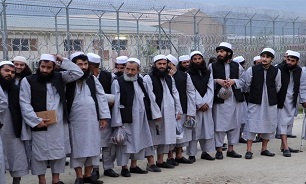 The talks, known as the intra-Afghan dialogue, will be the first high-level meeting between the two sides after years of fighting.

No date has been announced for the meeting, but it is expected to take place after the two sides settle differences on the release by the Afghan government of 5,000 Taliban prisoners, which could be as soon as the end of next week.

“The first intra-Afghan meeting will happen in Doha,” Taliban spokesman Suhail Shaheen told Reuters, adding that the group was ready to hold intra-Afghan talks within a week of the release of 5,000 prisoners.

The Afghan government has released 3,000 Taliban prisoners so far under an agreement signed between the United States and the group in February.

That deal outlined a roadmap for withdrawing foreign forces from Afghanistan and peace talks to end the 19-year war.

The government wants talks to begin as soon as possible but has issues with the release of a few hundred high-profile Taliban prisoners, a senior government official told Reuters.

The official said the government had offered an alternative prisoner release list to the Taliban.

The spokesman for the Afghan Presidential Palace, Sediq Sediqqi, said on Twitter that Doha had been agreed as the venue for the first talks but said no permanent venue had been agreed.

The Qatari capital was the venue for signing the deal between the United States and the Taliban. The group has had a political office in Doha since 2013.

The United States and its allies invaded Afghanistan in October 2001 shortly after the September 11 attacks on New York and Washington. While the invasion ended the Taliban’s rule in the country, it has failed to eliminate the group.

American forces have since remained bogged down in Afghanistan through the presidencies of George W. Bush, Barack Obama, and now, Donald Trump.

About 2,400 US soldiers have been killed, along with unknown numbers of Afghan troops and Taliban militants. Over 100,000 Afghans have been killed or injured since 2009 when the UN Assistance Mission in Afghanistan began documenting casualties.

About 14,000 US troops and approximately 17,000 troops from NATO allies and partner countries remain stationed in Afghanistan.

Since the US-led invasion in 2001, the US has reportedly spent more than one trillion dollars on the war in Afghanistan.