TEHRAN (defapress)- Iranian Ambassador to Moscow Kazzem Jalali said on Saturday that Russia has adopted a clear stance about the US’ measures against Iran, and added that President Trump’s irrationality has been admitted even by some insiders.
News ID: 81585 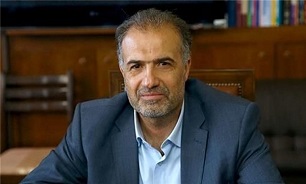 Jalali said that Russia has shown clear position with regards to Washington’s anti-Iran actions, and noted that although Iran has adopted rational and peaceful measures, the Trump administration continues actions against Iran.

He underlined that Trump’s moves are so irrational, rash, and unprofessional that they have been admitted even by US officials.

The diplomat pointed to the US latest effort against JCPOA and coercive measure against the International Atomic Energy Agency (IAEA), and noted that US government has decided to issue a resolution against the Islamic Republic but China and Russia voted against it.

He said that Russia's representative to the UN and the Security Council condemned US efforts to extend Iran’s arms embargo which is to expire in October.

In relevant remarks on July 15, the Iranian foreign ministry underlined that the Islamic Republic will not let the US' bullying regime threaten its interests in the world by intimidating other countries.

“For 5yrs Iran remained a faithful party to a deal that was repeatedly violated by the US – & never received the promised support from Western parties. To #Iran, #DiplomcyMatters, however it will not allow a bully to undermine Iran’s interests by intimidating the int’l community.” Iran's foreign ministry wrote on its Twitter account.

The Iranian foreign ministry's Twitter message came as the US is making international efforts to extend Iran’s arms embargo, duration of which will be terminated in October 2020 under the UN Security Council Resolution 2231 and Joint Comprehensive Plan of Action (JCPOA).

Iran and the six major world powers (the US, the UK, France, Russia, China and Germany) reached a nuclear agreement, aka Joint Comprehensive Plan of Action (JCPOA), on July 14, 2015, after 13 years of intensive diplomatic talks. The US is no longer the participant in the deal as it withdrew unilaterally from the agreement on May 8, 2018.

Resolution 2231 (2015) urges full implementation of the Joint Comprehensive Plan of Action on the timetable set by the Deal and sets forth the next steps for the eventual removal of Security Council sanctions on Iran.