TEHRAN (defapress) – The Lebanese resistance movement Hezbollah condemned the harassment of an Iranian passenger plane over Syria by two American fighter jets as an act of terrorism.
News ID: 81630 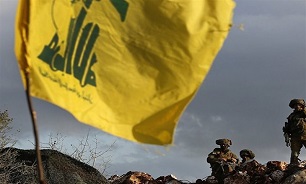 In a statement on Friday, Hezbollah said the Thursday harassment of the Iranian passenger plane by US fighter jets over Syria was a “terrorist act” and a “very dangerous matter” that could have dire consequences for the entire Middle East.

The statement said the American interception of the civilian plane, which had Lebanese nationals on board, necessitated decisive international action against the US.

Hezbollah also reiterated its support for the Islamic Republic and Syria in the face of hostile American acts, Press TV reported.

Lebanon’s Health Minister Hamad Hassan also denounced the US move, calling it “a blatant attack” and saying that it would be only normal to file a complaint with international courts.

Mahan Air’s Flight 1152 had taken off from Tehran and was en route to the Lebanese capital, Beirut, when the incident happened.