General Soleimani’s Assassination Proof of US Bolstering of Terrorism 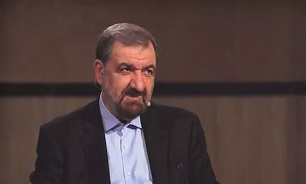 “Assassination of Iran’s top commander Lieutenant General Soleimani is an important document to prove that Americans are promoting and strengthening terrorism in the world,” Rezayee said during a virtual meeting with the Head of International Department of the Central Committee of the Communist Party of China (CPC) Song Tao on Monday.

“I seize this opportunity to thank the Chinese officials’ position on Iran at the UN Security Council and the UN. Americans in their propaganda have distorted relations between Iran and China and have uttered a lot of untrue remarks about the two countries,” he added.

“The US has been confronting with the majority of countries. Americans used to boast of freedom, but now, in addition to freedom, we see that they have violated freedom, justice and humanity,” the official noted.

“They (Americans) have forgotten humanity. Undoubtedly, the Iran and China cooperation will be a defeat to US President Trump and the world will see the victory of Iran and China, and this victory will be a model for other nations,”

Song Tao, for his part, pointed to the deeply-rooted friendly ties between Iran and China, saying, “Iran-China relations are of interest to other countries, especially other regional countries. As reiterated by Chinese President Xi Jinping, protection of dignity and honor as well as Iran’s sovereignty right is supported and emphasized by Chinese government.”

In relevant remarks in June, Iran's Parliament Speaker Mohammad Baqer Qalibaf in a meeting with Chinese Ambassador to Iran Chang Hua stressed the need for regional and international cooperation to counter the US irrational moves, warning that Washington's diplomacy is a serious threat to international peace and security.

"Today, countries around the world, nationally, regionally, and internationally face the arrogant and US unilateral policy and its undesirable effects on the rights of nations," Qalibaf said during the meeting on Wednesday June 24.

The Iranian parliament speaker also strongly condemned the interference by the US and certain countries in China's internal affairs.

Qalibaf also thanked the Chinese government for its clear and unequivocal opposition to the International Atomic Energy Agency's resolution against Iran.

Expressing hope that the cooperation between the two countries will continue and be realized more quickly, the Iranian parliament speaker said, "We have witnessed many times the interventions of the Trump administration against the sovereignty and independence of countries, including Iran and China and some international issues such as environment and destructive weapons. In this regard, regional and international cooperation is an inevitable necessity."

The Chinese ambassador, for his part, said that as China resolutely supports Iran's sovereignty and independence while opposing the US unilateral sanctions, the two countries must work together.

"China is keen on strengthening ties with Iran and supporting each other on important issues and common interests," he added.

The Chinese diplomat reiterated that the western countries, especially the United States, for many years have exerted pressure on Iran and China under the pretext of human rights, and said, "But we have always been together and have expressed disgust with the interference of others and unilateralism."