TEHRAN (defapress) – An Iranian lawmaker says the country should not tie its economy to developments outside the country, adding that it is wrong to put trust in promises being made the Western countries.
News ID: 82518 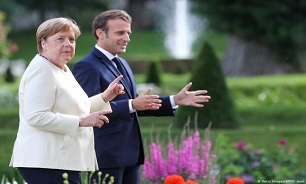 “We should not rely on foreign developments and putting trust in promises of the West will not yield any result because the Westerners have proved that their promises are empty,” MP Ali Akbar Karimi, a member of the Iranian Parliament’s Economic Committee, told Mehr News Agency on Wednesday.

“Unfortunately we detained the country in recent years with the JCPOA and its empty achievements,” stressed the lawmaker, adding that the deal has just ruined the opportunities of the country.

Iran and major world powers signed the JCPOA in 2015 but the US pulled out from the deal in May 2018, imposing unilateral sanctions against Iran. The Islamic Republic also announced reductions in its commitments under the deal, urging other parties to safeguard Iran’s interests. Meanwhile, the European signatories of the deal vowed to support the JCPOA and Iran, but their promised financial channel, dubbed INSTEX, has proved to be ineffective in practice.

During the past few years, the US has carried out everything it could in the area of hostility with the Islamic Republic, said Karimi, adding, “The experience of these years show that pressures and sanctions against the Islamic Republic do not work.”

“Certainly, it is necessary for us to resist against plots and pressures of America and other enemies of the country; the most important job now is to strengthen our economy and implement policies of Resistance Economy,” added the representative of Arak in the Parliament.