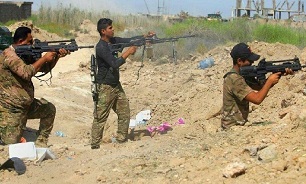 Iraqi security forces destroyed a large number of terrorist shelters during the operation. Many forged documents, passports, identity cards, and weapons were also seized, he added.

In 2017, Iraq declared victory over Daesh by reclaiming all of its territories – about a third of the country’s area – invaded by the terrorist group in 2014.