most visited
عمومی << Home Page
A great defeat for Netanyahu;

‘Bennett’, ‘Lapid’ succeeded in forming a Cabinet in occupied lands

TEHRAN (Defapress) - Zionist sources reported that Israeli Prime Minister Netanyahu's opponents, led by Yair Lapid, reached an agreement to form a coalition Cabinet, adding that names of the Cabinet would soon be sent to the head of the regime.
News ID: 83422 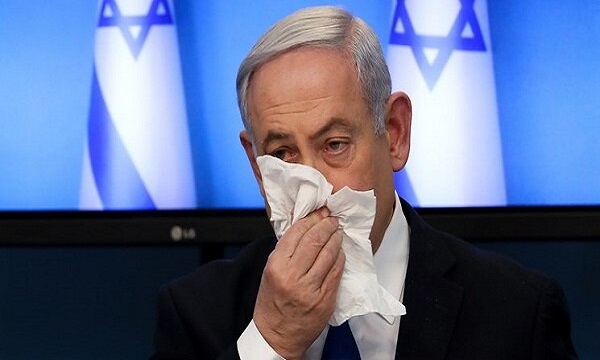 Hours before the end of the Zionist regime head's deadline for forming a government, the media reported that with the consent of Yesh Atid leader Yair Lapid to join the joint Arab list in the Zionist coalition, he obtained the necessary tools to form a cabinet. He is supposed to hand over the Cabinet list to the head of the Zionist regime.

The Zionist media termed the formation of such a Cabinet as the end of Benjamin Netanyahu after 12 years in office.

According to local reporters, the coalition parties have all signed a new agreement under which Lapid-Bennett's prime minister will succeed Benjamin Netanyahu.

According to Sputnik, the office of the Zionist regime's head has also announced that Naftali Bennett, 49, a former settler leader and hard-right religious-nationalist and leader of Yamina party, will be the prime minister for two years, and Yair Lapid will be the alternate prime minister.