TEHRAN (Defapress) - The Spokesman of the Libyan National Army (LNA) described the Turkish presence in the North-African country as an “occupation."
News ID: 83444 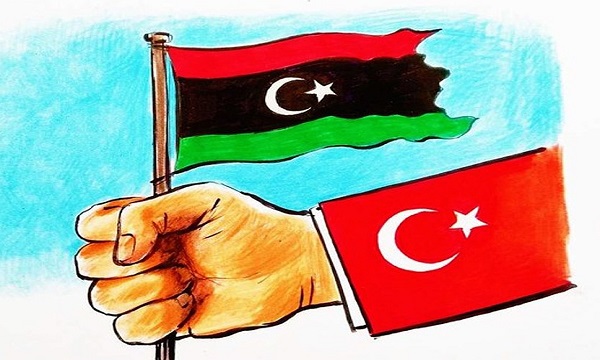 The Spokesman of the Libyan National Army (LNA), Major General Ahmed Al-Mismari, described the Turkish presence in the North-African country as an “occupation,” calling on Ankara to withdraw all forces and affiliated mercenaries immediately.

During an interview with Sputnik News, Al-Mismari said the presence of foreign mercenaries on Libyan territory is evidence of the lack of any real will for the international community to expel them.

“Turkey sees that its presence here [in Libya] is legitimate, but it is in fact an occupation in every sense of the word,” he explained.

On the other hand, in April the Syrian Observatory for Human Rights (SOHR) reported that the Turkish government sent a new group of 380 Syrian mercenaries to Libya. “There are still more than 6,630 mercenaries in Libya, amid Turkish intentions to keep groups of Turkish-backed Syrian fighters in Libya to protect Turkish,” it noted.

He said that neither the Presidential Council nor the National Unity Government was aware of the surprising visit and that the Turkish Embassy in Tripoli had not informed Libyan officials of the case.