"There was no terrorism in Afghanistan" before US invasion

TEHRAN (Defapress) - Former Afghanistan President Hamid Karzai says the US has failed in its mission in Afghanistan and said hopes for regional security solutions depend on Russia, China, Iran and India, and an end to extremism by Pakistan.
News ID: 83534 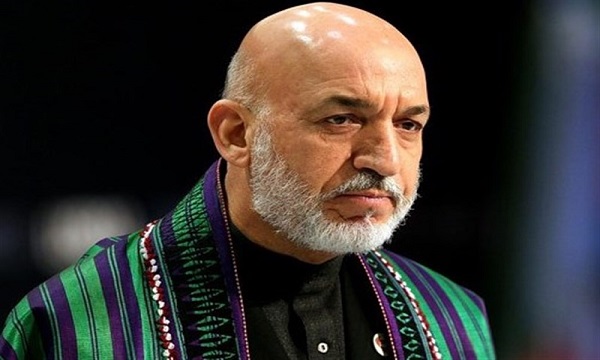 The ex-president added the United States said its mission was to fight "extremism and terrorism and bring stability. But see that has obviously failed."

He referred to the recent killing of more than 85 Afghan schools, girls, young girls and teenagers in a terrorist explosion in Kabul, for which ISIL claimed responsibility, and said that "Daesh emerged during the presence of the US and NATO forces against the mission that they had proclaimed."

Karzai also called for talks with the Taliban and addressed the group saying "We must sit together. And we must not be victims of a foreign plot in which we Afghans die, and others reap the profits."

In response to a question on Russia's role in Afghan peace, the former Afghanistan president said that "Russia has conducted several very productive rounds of intra Afghan dialogue in Moscow from November 2018, to last March 2021."

"Russia has done all it could, and I very much want Russia to do a lot more."

"The Troika plus would include Iran and India as well," he later pointed out.

He further called for a regional solution to Afghanistan with the participation of Iran, India, China.

His comments come few days after he told Associated Press in similar words that the US has failed in both endeavors over the last two decades, fighting terrorism and restoring peace.