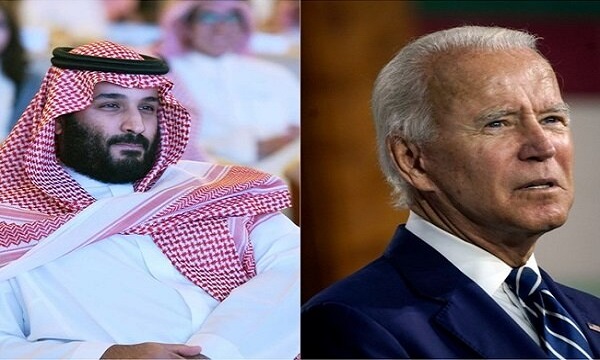 The White House made the statement hours after Energy Secretary Jennifer Granholm suggested there would be a one-on-one meeting.

Granholm said Sunday on CNN's 'State of the Union' that it was her "understanding" that Biden would meet one-on-one with the crown prince next month during his planned trip to Saudi Arabia that amounts to a reversal of the President's earlier pledge to make the country a "pariah" for its role in Saudi journalist Jamal Khashoggi's murder in 2018.

Asked by CNN's Dana Bash whether Biden would meet with Crown Prince Mohammed to talk about oil prices, Granholm initially said that he was "going for the purpose of this international conference" -- a reference to the summit of the Persian Gulf Cooperation Council to be held in Jeddah -- before adding that she thought the President would meet with the de facto Saudi leader.

"I think he will meet with the Saudi crown prince," Granholm said, adding, "He has asked for all suppliers around the globe to increase production. That includes [Organization of the Petroleum Exporting Countries], which includes our domestic oil and gas producers. He is asking for an increase like other leaders around the globe."

Pressed by Bash to clarify if the meeting would be one-on-one, Granholm said, "That's my understanding, that they -- he will be meeting. But there's a series of meetings around energy overall."

The secretary's comments stood in contrast with Biden's remarks Friday.

"I'm not going to meet with MBS, I'm going to an international meeting. And he's going to be part of it just like there were people part of a big discussion today," the President said at the virtual leader-level meeting of the Major Economies Forum on Leadership and Climate that took place Friday and referring to the crown prince by his initials.