The resignation of Saad Hariri is a very light political equation

The former head of the Armed Forces General Staff said Sa'd Hariri's resignation is a very light political equation and does not have the value of exploiting for Saudi Arabia.
News ID: 66878 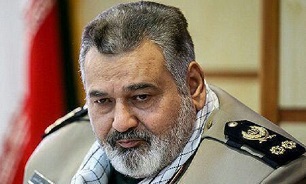 According to the Defense Security Defea Press, General, "Hassan gentleman went on," former Chief of Staff of the Armed Forces on the sidelines of the commemoration of Father Haj Qassem Soleimani, the reporters about the resignation of Prime Minister Saad Hariri of Lebanon, said his resignation equation lightweight Political and does not have value for exploitation for Saudi Arabia.

Major General Firoozabadi added: "After the defeat of Saudi Arabia's previous conspiracies, Saad Hariri tried hard to create a riot in Lebanon, but after Lebanon's Hezbollah won victory over Israel and an alliance between the Lebanese people, Hariri wanted to take advantage of the opportunity, Became prime minister; therefore, he became Prime Minister.

The former chief of the armed forces continued, but the enemies, when they saw that they were not able to exploit the equations for the benefit of Saudi Arabia, asked him to resign.

"If Saudi Arabia thought it could be exploited, I think this political equation does not have the potential to exploit the looming incident in the region, and they are only using this issue in the context of the psychological warfare," he said.