Enemy’s likely threats against Iran to be through air, sea 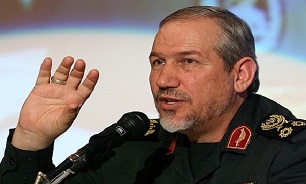 Major General Yahya Rahim Safavi, who is on a visit to Hormozgan province, described security and defense situation in southern Iranian region saying “Persian Gulf, Strait of Hormuz and the Sea of Oman will be frontline of possible future battles and although likelihood of military threats remain very low, armed forces are required to always keep themselves up to the worst scenarios by strengthening intelligence and operational preparedness.”

The commander, while referring to consistent efforts of the arrogance to undermine the Islamic Republic over the past 39 years, said “Iran has now turned into a major regional power thanks to divine guidance, prudence the Leader and unity of the glorious nation. The deep influence of Iran in energy security matters on the one hand and enjoying control over half of the Persian Gulf and the whole Strait of Hormuz are among factors involved in geopolitical weight of the Islamic Republic of Iran.

He emphasized that the Islamic Republic of Iran was seeking a lasting peace and security in the Persian Gulf region, and this goal remains impossible but through withdrawal of alien forces from the region and cooperation of eight littoral states.

Safavid Sardar drew attention to Iran’s 700-billion-dollar investment in infrastructure of provinces neighboring the Persian Gulf and the Strait of Hormuz underlining “it is the responsibly of armed forces to defend national security, national interests and economic interests of the country, including defense of refineries, ports and economic facilities against threats.” As such, the process of increasing readiness and boosting effective deterrence power of the armed forces should continue.

"We should avoid mere reliance on the Strait of Hormuz to export oil, rather we must construct oil and gas pipelines to Jask or connect electricity, rail and oil and gas pipelines from southern Iran to Iraq, Syria and the Mediterranean,” highlighted the commander while stressing the need to focus on construction of infrastructure, refineries, ports and energy transmission lines in southern Iran.