The army of the Saudi regime and its allies continue to encroachment Yemen while the army and its popular committees are upgrading their defensive capabilities.
News ID: 68151

According to the International services DefaPress:

more than a thousand days of the beginning of the aggression of the regime of Saudi Arabia to Yemen. During this horrendous war, tens of thousands of injured and wounded, reform. This is while simultaneously with air strikes and artillery, and its allies, rapists Arabia Mansour Hadi mercenaries in the South coast and is part of the central region of Yemen as well as Saudi, using air support, have updated areas under capture.

Despite widespread attacks on the Saudi regime and its mercenaries, could reform forces in the first reaction, in addition to avoid military advance inside the southern regions of Arabia Hejaz towards the North of Yemen, in a significant portion of the occupied areas, reform of Arabia (Jizan, Najran asir) and the military advance of Arabia From the rear areas.

The second stage of the reform, that reaction, while the siege of intense ground and air, railway or to run, the beginning of the battle was a missile. This is the first of series of operations located in the southern areas of the Gambia, and gradually to the depth of the Arabian Peninsula. During the past few weeks the missile operations with the Saudi regime and its allies, Nick, especially the UAE, Riyadh and Abu Dhabi.

The missile attacks to take place even when holding a session hairdresser property Palace he wants Saudi military target missile attack and security officials of Saudi Arabia, King of his regime under the Ministry of Defense building, Al-Saud in Riyadh were hidden.

This topic is well indicated that reform, in addition to having the power of the missile, in the field of information and observation of the enemy as well as measures on the Saudi regime and its allies have superiority. 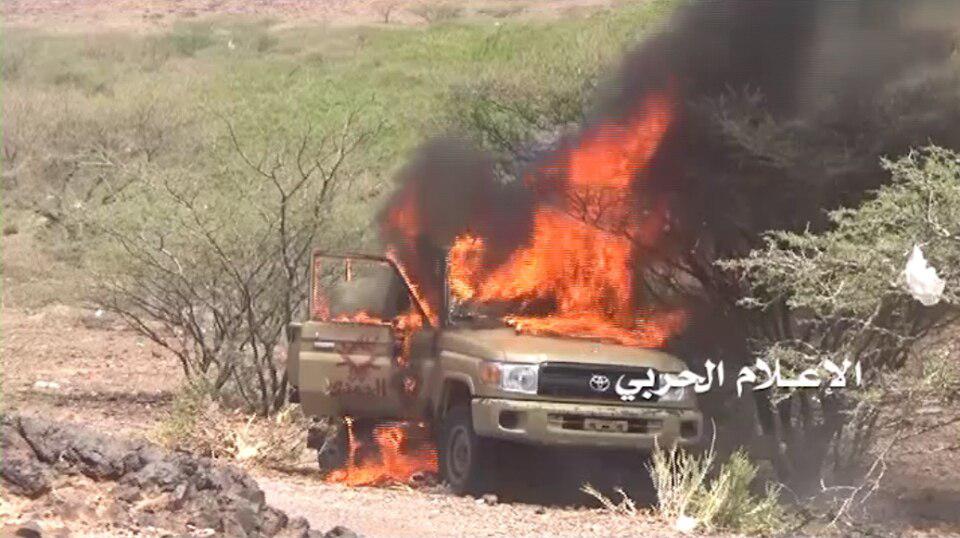 The wrath of the American regime of Arabia and the supporters of these attacks was to such an extent that the United States regardless of the destruction and siege of the nation of Yemen by his allies in Riyadh, to support it, a meeting was held at the United Nations Security Council, to deal with their unscientific statements, Nikki Haley in the Organization International, claiming that the missiles Iran.

The rejection of this issue was caused by us military experts, a significant political and military fzaht to American authorities in the international arena.

At the same time increase the power and range of the popular Committee for the army and missile strikes in Yemen, which is the result of the country's military industry localization simultaneously with the siege and sanctions by the United States and the Saudi regime, the forces of reform with its celebration of the defense system, in addition to destroying the aggressor regime, which two fighter variant of the f-15 "» And «Tornado», the development of its defense system as a tool for securing the country against aggressors.

The expected announcement by the defense forces of the army and can be spread grassroots Committee, Yemen, during the coming days eye developments in the process of growing strength Yemen against Saudi rapist forces and their allies witness category; that will show the bombing of civilian populations by the aggressor regime reform ASP L-Saud and siege will not hinder the reform forces of Yemen could stand against the aggressor forces.