most visited
عمومی << Home Page
A Look at the Life of Martyr "Akbar Shahmiri",

If my body does not come back, do not follow it

Martyr Shahmiri had said before the martyrdom that if he did not come back, If my body does not come back, do not follow it. He was martyred and for three years, his families endured unknown until exposed.
News ID: 68204

According to an epic and jihad reporter of the DedaPress: Martyr Akbar Shahmiri was the first child of six children of the Shahmiri family, who was born on January 24. He was martyred on November 20, 2006, but his body endured in the area and returned to the family three years later. On the occasion of the birth of this martyr Radvand Cultural Center, they went to the house of this martyr family in the form of a "visit to Sarv" program and talked with their family.

The mother mentions to her son's revolutionary activities and says: "It was first high school that became a revolution." The statement was transmission and every day marches went. On Sept 17, she wore a white dress and went out, Hajj Agha called the administration and said they had announced that they would shoot the protestors today. I chased my head to go along with Akbar. Whatever I did, I did not get it. Instead, I went to a house that transported the wounded to the gatherings.

Fatemeh Kobra Afrazahi, the martyr's mother, defines her child as follows: The child we were a tenant and we had a diffident financial situation, but our life was good. As we grew up, we could understand that it is different from other kids. We had a courtyard in the house that made it veil to me. When he was seven, I was told that going to the yard's veilcould be someone, I was jokingly saying, what if you do not want to veil? She took a tent and said, "Until you tilt this veil, I will not allow you to go to the yard." 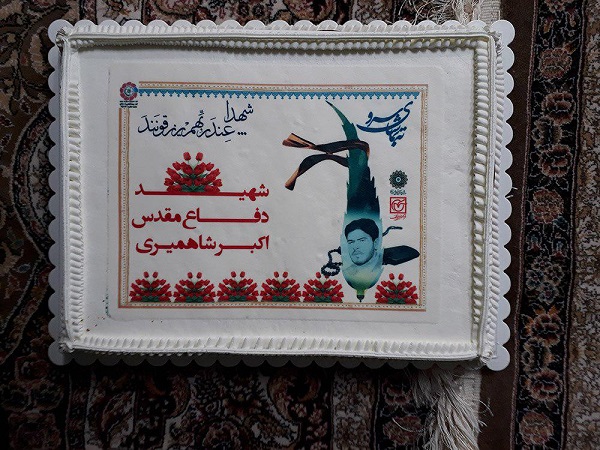 He was studying but he was paying attention to the front

When I came to the house I said that Akbar had come to martyrdom. At that very day, many were martyred. The evening that Haj Agha came to the house wanted to go with his car. We did not see a little bit, but we found our cousin who was shot. We cried in the evening with the night. It was night when he came home, when he ask what he was saying, "it’s okay, and do every things you want."

The mother continues: the war that went to school, but she was paying attention to the front. He wanted to go to the army, but his age did not require. He had taken his birth certificate, when he went 45 days a day. Once I went to see him on the front, I asked him to go back to read his lesson, then every mother would want to study her child. Showed us “martyr Movahed danesh “and said, "My mother, he would go to the university if I went to high school, but he came to the front." We were satisfied and we asked you to do at all you want.

Dream about martyrdom several hours before the martyrdom

He was married but he had the covenant with God. The mother said about his son’s covenant: a year before the holy defense, he went to war with the” comoleh”. I wanted to bring his wife home, said, "I have a promise to God that I will be on the front for a year." This time I'm leaving when I'm off He had brought martyr from the area, which had stack up the pieces of his body from the tree. "If I were martyred and had no body, I would not assert on finding me, he said:” He told his friends that he was a martyr, his friend said that I advised Akbar to stay between two warriors who were hurt so that we could go down and drink water. He rested on the tree. When we came back we fell asleep. He said that he had dreamed that someone had come and he was injured by the down, which he himself had been drinking. The two injured were martyred for the strictness of the damages. He said that I also ate it and I'm sure that I would be martyred tonight.
Mother describes her son's consent: I was pleased with Akbar. My nephew, when was hurt, called for 10 days later and announced that we would go to the hospital to see him. Then we went and told us that Akbar was martyred. After three years, his body was restored. Those three years have passed so hard. We reminisced every food he liked.

Martyr Shahmiri's sister said: My brother was more in front, but my wife had a self-employment and after a while went to the front. The last time Akbar wanted to go to the home came to my house. It was a lot of work and it came to ask me. I felt sorry and if I could have guided it. Although he was young, he was 19 whenhe was martyred, but his words were superb. Every time I came to give him all the words. 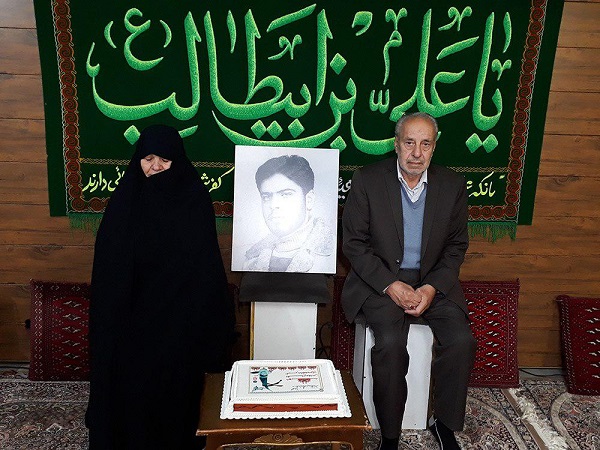 The sister of the martyr says that we always feel the presence of my brother at the wedding and birthday party, and continues: "We have not seen our brother, but we see her alive." Their photos are always at work and at home.

Brother has expended many years getting lost to brother, and one year he goes to visit his brother every morning. He says: "These meetings have a strange mood, and sometimes I feel that my brother is addressing the grave I'll see other martyrs too. Sometime ago, one of his friends, Mr. Movahedi, took me to the martyrs' golzar, I felt that the address of all the graves had already been given to my brother. Mostly I contact the mother and inform me that I am the brother of the grave. 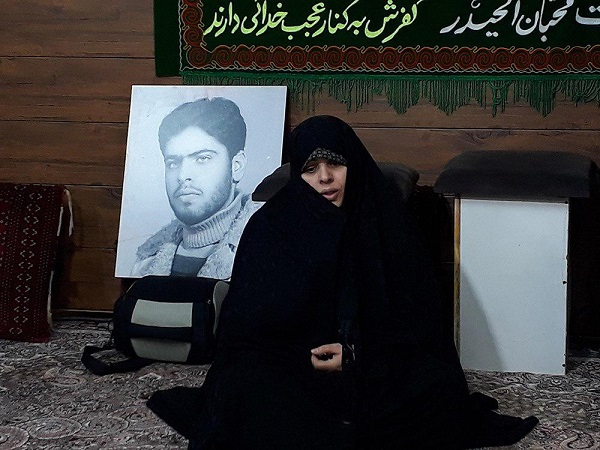 Although his brother was still not born at the time of martyrdom, he heard his character in the language of others, and he says: "My youthfulness and that he was all the attention is from the characteristics I heard from others." It's strange for me to sing my will. What is a 19-year-old boy's idea of?

Martyr’s brother says: I met a martyr's mother in the golzar of martyrs three years ago when I saw her result whenever she did something. I got to know that she had two sons who were martyred, and his other son abandoned him and lives in a small room. The grave of his son is near the grave of brother. The first time I saw it, I asked them to head over to the grave of my son, flower who did not have a flower at that moment. I bought a flower from the outside and I saw the flower, and I see this my Accessory.