No authority can overcome the Iranian people

The head of the General Staff said with reference to the achievements of the Holy Defense: Enemies must know that no authority can overcome the Iranian people.
News ID: 69153 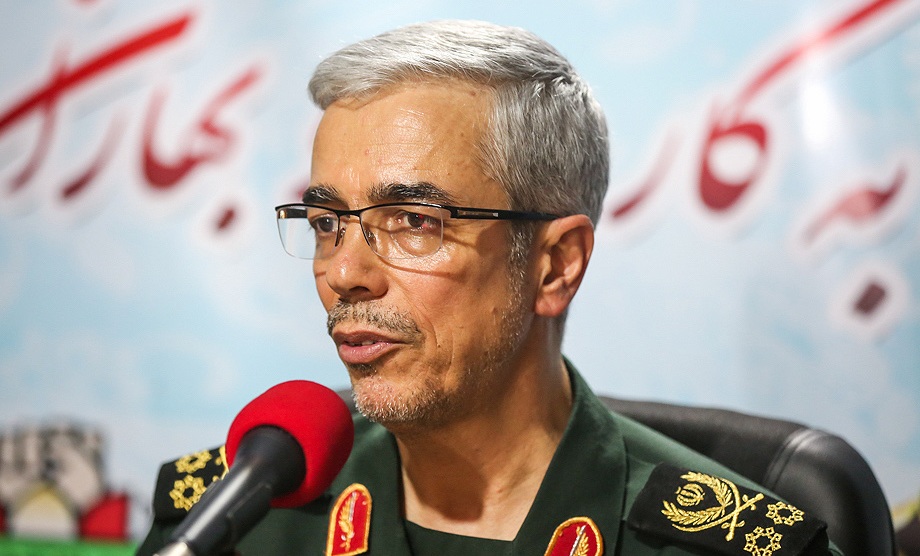 According to the Security and defense reporter of Defapress General Bagheri said during the opening ceremony of Radio Baharan, which was held at the headquarters of the RahiyanNour, the Islamic Revolution has been threatened and raped for the last forty years. The impose war is a sign of violence and rape against it.

He said: that this program is a guarantor of today's youth who knows how honored and praised today is, and how young people are taught how to confront how to face new threats, and this will not be used by the experiences of past commanders.

"The young people, listening to the narration, listen to the narration at the workplace; the importance and costs of this soil remain intact today, and this cannot be seen in design and planning programs for individuals. It becomes tangible.

The head of the armed forces general said: "The Iranian people must know that in the face of resistance, resistance and unity, no material power can overcome the Iranian nation. These will have a major impact on the spirit and mind of the youth and their performance.

General Bagheri said: Given the threats of cyberspace that threaten youth today, The intellectual and psychological richness that the young people will receive on the road of light will be a great help in coping with these threats.

General Bagheri noted: "holly Defense has a main difference with other wars in the world." What has been said about thewar of the First and Second World Wars, or the history of the other wars that have been displayed, have been violence and rape to access material resources, lands and people? A war has taken place, and there are bloodshed for the advantage of the emperor, the king and the bullying.

He continued: "The peaceful nation with the Islamic culture of Iran, which in the past 300 years their history did not have a moment to consider rape, nor did them want to be in the earth of others."

People were faced with a massive violence by the Iraqi Ba'ath regime, backed by more than 35 countries, and faced global and unconventional weapons such as chemicals that had been authorized by their oppressive bans. The people of Iran defended for eight years and were able to achieve victory and be proud. In the holly defense, we did not miss an ounce of our country, and Iran did not give anyone any oppression and hostility and, to the amount necessary, fully stick to all Islamic standards. It is a magnificent history for Iran that the generations of the present and future cohorts have to recognize this precious gem for decades and centuries and become self-confident.

In the end, he said: "Rhiyan Nour is an chance for people and youth to get familiar with the holly defense culture, the magnificent history, and the sacrifices and forgos of warriors, veterans and martyrs." defensive the principles and the country must be institutionalized, and this is one of the benefits that light travelers can have.