If Hezbollah was not

If we imagine the region with out Hezbollah, we will come to terms with the days when the armies of the region descended against Israeli aggression and there was no chance to stop the war machines of this regime.
News ID: 69749 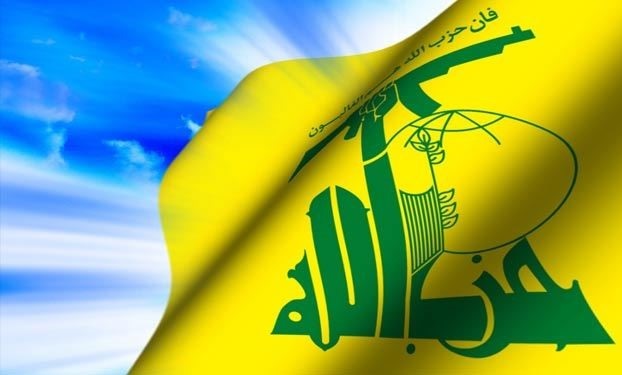 According to international Defapress reporter: Sayed Reza Sadr al-Husseini wrote in a memo that the developments in Southwest Asia and North Africa show that an important part of the international community is formed by the confrontation between the axis of domination and resistance in this region, in particular, Syria, Lebanon and Faisalinas, so this This has led to everyone who knows this geography will feel his life affected by the consequences of the crisis in this region.

The wise methods of Islamic Revolution have been developed to maintain the security of their country and the Lebanon as a continuous work in the field of security, which today plays an important role in securing and protecting the interests of the people of the region, and in these sensitive cases can be the center of gravity for the axis of resistance.

If we imagine the region without a Hezbollah moment, we will find that the regional armies that had repeatedly experienced the failure of the Israeli aggression did not find a way to cope, and today, of course, Lebanon was part of the Israeli invasion and occupation of lands, and there was no trace of Palestinian resistance. The expansionist ideologies of the Zionist regime outnumber the borders of different countries, including Jordan, Egypt and Syria, and if Hizbullah did not exist, today all the Islamic world would have bowed down against the Israelites. however, such an image does not leave room for the fancy of the Takfiri criminals in the area, though, that without the Islamic resistance in this area nowadays, it necessity be approved a coarsened example in Mosul and the regaq of the whole region from the Mediterranean coast to the quasi-border Indian continent.

In order to clarify the place of Hezbullah's Islamic resistance in today's society, Shiites should point out that because of the existence of the youth of Hezbullah and other Shiite youth, they have taken away terrible nightmares, these tyranny and pressures have existed since the beginning of Islamic history Is.
The area of life of the Shiite people throughout history has always been in the Jebel Ali region of the mountainous area and in the south and Beqa in the north; and their reason for their presence in these areas is inaccessible from being killed and violated by the Shiites. The painful history in the past years, Lebanon and the Shi'a's criminal acts have reacted to Ibn Teymiyeh's actions and the waging of this series of Wahhabis and Takfiris, who have not done anything to kill the Lebanese Shiites.

This oppression, which has been for the Lebanese Shiite people for many years, has led to the deprivation of these people from economic, educational and social facilities, and as a result these people have continued to live in the worst possible circumstances, for example. The first Christian-centered university in Lebanon dates back more than 400 years ago, and Lebanese Sunnis have always had a great presence in Arabic scientific spaces. The Lebanese government has even been banned from its primary school until the 1970s.

The impact of the Islamic Republic of Iran under the leadership of Imam Khomeini on the Lebanese youth was so high that, with the concurrence of the defeat of the army of the various countries of the region against Israel, the Israeli war machine in the Beirut was stopped by the establishment of the first resistance group, recorded on That the youth of the resistance front cleansed the territory of Lebanon with their own blood from the occupation of the occupants, and that the destruction of Israel's unwavering balance was shattered, and how the shame of terror from the Takfiris was erased in the capitals of the world, and they were driven by ISIS.

A) Political domain: Although in the second decade of the twentieth century, the Shiite community of Lebanon did not play a part in the political atmosphere of the country, and its state was shaped by the combination of Christianity and Sunni Muslims. Today, however, the political community has had a great deal that has led to the presence of a Christian alliance Hezbollah will be in the presidential palace. In the past parliament, the presence of the government prevented the adoption of laws that were harmful to the detainees. All these achievements are in the face of the unrestrained resistance of the Lebanese front by the United States and Saudi Arabia. It is worth mentioning here that Lebanon's demographic and political composition does not in any way allow for the formation of a single-party political system or a tribal system, and political power is in fact shaped by the creation of political alliances.

Meanwhile, today the largest Christian party is a party ally, a third of the Sunni groups are in the circle of the Allied Resistance, half of the Druze groups are in the coalition with the party, and also the Alawites and Armenians are often They are prone to the party. As a result of these coalitions, since the presence of the party ... in government, various cabinets have consistently emphasized the legitimacy of resistance in their covenant, and for the first time in Lebanon, its foreign minister Maroune has supported the axis of resistance at the Arab conferences, Standing on Saudi politics.

C) Service area: Discrimination has led the Shia community to be considered as the most vital services for the most disadvantaged Lebanese people. These services include water and electricity, and this discrimination can be seen in other areas. Hezbollah, in the form of municipalities and city councils, has been trying to reduce the livelihoods of the Shiite people of Lebanon, Hezbullah's success in urban cleanliness has also been taken into consideration, so that the collection of waste for most of Lebanon's regions has become an international problem. In the Christian and tourist areas, the area that under the control of Hezbollah municipality, they have been success in this mission.

D) Educational field: Considering the activities of Hezbollah in recent decades, Shiite community with religious education has been able to compensate for the backwardness of past periods, so that in the past two decades, the highest number of attendance at universities and graduate education by Shiite youth And this community is already outstripping others.

E) Health sector: Among the problems in the country is the cost of treating these services, in this difficult situation, the young Hezbollah physicians will provide health care services at the lowest possible cost to cover a maximum of two hundred people.

While Hezbullah is under the pressure of sanctions imposed by the United States and the Saudi sedition, the group continues its day-to-day steadfastness, although there is a long way to go before removing the ban, Hezbullah is undoubtedly in the shadow of the revolutionary literature. Islamic, with the emphasis on the principle of resistance, is in the right direction.

Although in Lebanon's electoral competition, again, the interests of the triangle of hypocrisy, ignorance and domination have been linked, and the remaining divisions in the time of McFarlane's case have become evident in this situation, as Imam Khomeini was accused of bias and disobedience, this is for Hezbollah They are also repeating themselves, but they are themselves self-taught by the US embassy. In this situation just should went under the God shadiness.