Institutions and organizations that advocate human rights concerns unfounded and their sleep is taken from the feed and animal abuse or mental derangement, some of them are so affected that in video sent to the media, human rights advocate, with the tears and crying of these treats Today, criticism, for the killing of the Palestinian people have remained silent.
News ID: 70292 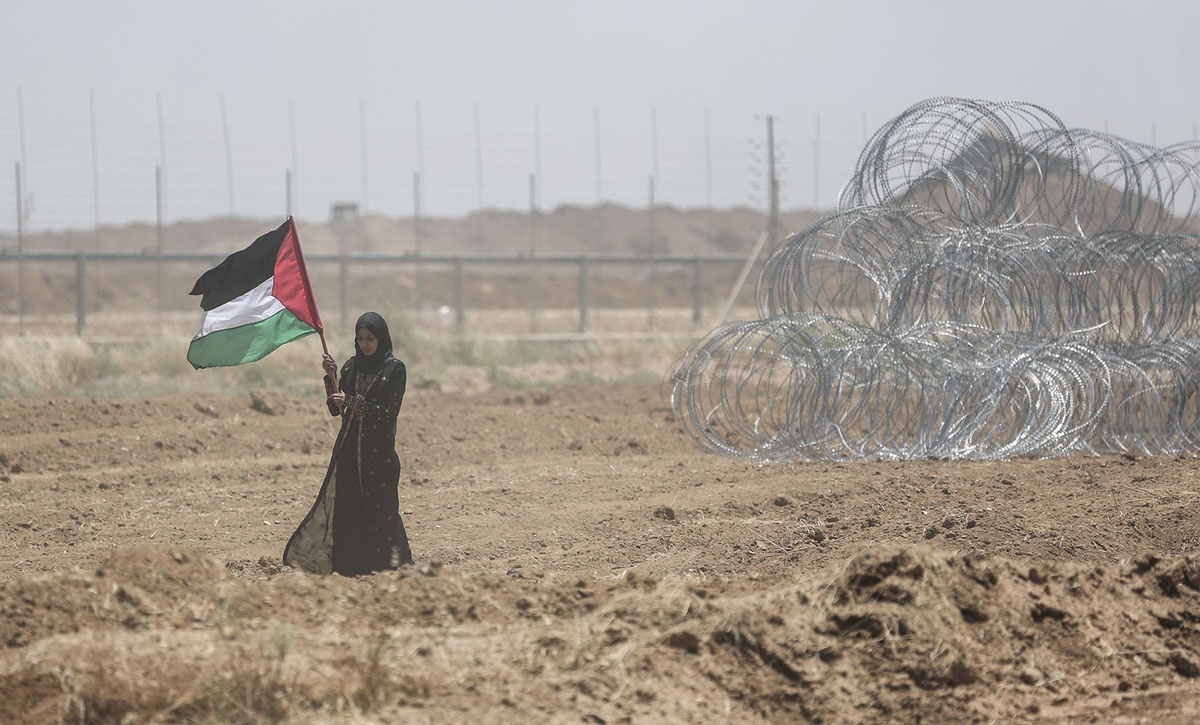 According to international Defapress reporter, 14 Monday to anniversary of the occupation of Palestine 2018 coincides with seventh (the misery of the day) and the transfer of the American Embassy to Jerusalem, the Zionist criminals sheltered in the United States and its allies support umbrella, the anniversary of the occupation of Palestine with the menacing to the soil and the blood of the innocent and unarmed people dragging the Palestinians. The indifference of those who claim fake human rights supporter than the vast killing Palestinians by Zionists in the Gaza Strip, the continuity of this daring crimes in Israel has strengthened overnight.

The silence of the international community towards crimes of this fake regime is continuous, while the UN Security Council in December 2016 on the lack of change of borders before June 4, 1967, and also emphasized recent us action in recognition of Jerusalem as the capital of Israel is condemned. Donald Trump the President's decision, regarding the transfer of the American Embassy to Jerusalem would anger the defenseless DP flame concerns. The lack of legitimacy of the Quds occupying regime with the provocative actions of the United States in the global community than before.

While some of the social media share your lack of reflection of the atrocities are taking place by Israel have played well. Under the pressure of the United States and Israel, last week Facebook page "outlines the important news in Palestine and" in defense of this action has its own "against hate speech and motor stimulating». The silence of the American media partnership in action in the war crimes of Israel is to protect a criminal regime. Seems to be the most capitalist media pro-human rights in the service of the new colonial wars are so conditioned themselves to their power or regime change or the capital in a country is so independent.
Only after extensive Zionist killing in the day the US Embassy to transfer 59 patients revealed that hundreds of martyrs and wounded on the country such as Egypt, Bahrain, Qatar, Oman, South Africa, the Arab League, Britain, France, Germany and Italy to form the brutal actions of the Israeli regime's widely condemned. It is necessary to point out that Iran and Turkey and Iraq since the start of the genocide, manifest by Israel, Israel's inhuman actions condemned Turkey and even public mourning announced.

America's unwavering support of Israel in the midst of such Zionist impudence who has created overnight slaughter of Palestinians their inalienable right to know so that the right of Israeli Prime Minister Netanyahu expressed shame and regret without gray of the crimes of Israeli soldiers revealed the people defenseless and unarmed fleets The yen, which on its soil to peaceful protests, "said Israeli society decisively to protect the sovereignty and security of the Israeli citizen action." Israeli authorities to justify their crimes in the Gaza Strip, said that this kind of "camouflage" for Hamas protests has thus to be able to within Israel Neff O and then to attack Israel. By the same token, Lieberman, the Defense Minister of Israel, in the international demand for research regarding the killing of Palestinians in the Gaza Strip and stating that under no situation will not face investigation and Israeli soldiers to act and your task is to administer the Gaza Strip.

However, Palestinian protesters have announced that during the month of Ramadan will continue their protests as well, and now hope the Quds day, the last Friday of Ramadan Counting down the days. Israel's Cabinet now has to hand the Egyptian lap Egypt bring pressure on Hamas to return back the protesters. Sami Abozahri, a spokesman for Hamas said the Planner for June 5, the anniversary of the first day of the 6-day war is where the Zionist forces East Jerusalem, Gaza and the occupied Palestinian lands. He continued that the Palestinians will continue their protests because they have not reached their goals.

We have asked that the institution of the human rights defenders and organizations that concern unfounded, sleep and feed taken from them or that some psychotic animal abuse around the world are low, they are so affected that their video submissions to the wise media Human rights advocate, with the tears and crying of such behavior criticizing where are they? Do you have eight weeks of continuous killings of unarmed Palestinian people in the Gaza Strip did not see? It would seem, over time, the sensitivity of the issue of freedom of expression, Claimants is like Silence that have been silent on the massacre of defenseless people in Yemen have been told.