A gunman shot dead two police officers and a passer-by in the center of the Eastern Belgian city of Liege.
News ID: 70427 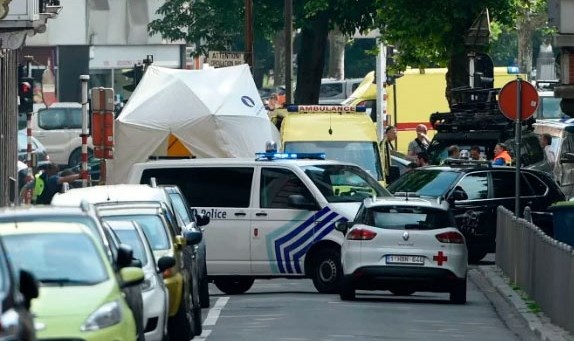 TEHRAN (Defapress)- The suspect was shot and killed after killing the three victims and taking a woman – believed to be a cleaner – hostage, according to Belgian public broadcaster RTBF.

Officials confirmed his death after the shooting near a cafe on the Boulevard d’Avroy.

Michel Firket from Liege city hall announced that beyond the attacker, who was shot, there are three dead, two police officials and a passer-by. Two others are believed to be injured.

After firing at the police, the man reportedly took the woman hostage inside nearby Atheneum Léonie de Waha high school. The students at the school are said to be safe under police protection.

Anti-terror police quickly surrounded the area, Belgian media reported, but there was no immediate indication that the incident was terror-related.