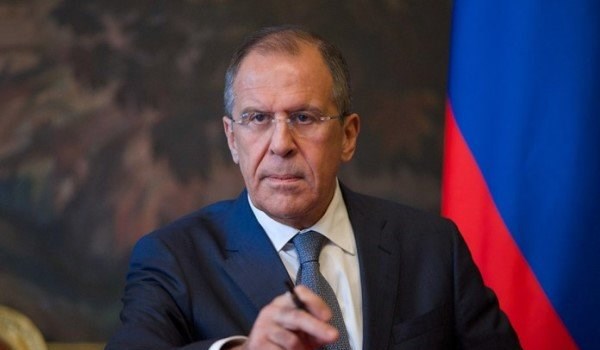 TEHRAN (defapress)-"We have informed our Greek colleagues about our assessments of current military and political developments on our continent, focusing on the growing military activities of the US and NATO near Russia’s borders," the Russian top diplomat said at a joint press conference with his Greek counterpart Nikos Kotzias on Wednesday, TASS reported.

"We will continue to call on our NATO counterparts to respect all the agreements made at the political level, particularly at the highest level, which declare drawing new dividing lines to be unacceptable and emphasize the need to ensure indivisible security so that no one has to strengthen their security by damaging the security of others," Lavrov added.

The Russian Foreign Minister also added that Moscow and Athens had taken similar or the same stances on resolving regional conflicts.

"We exchanged views on the Cyprus issue," he said, adding that "Russia and Greece both call for resolving this long-standing issue based on United Nations Security Council resolutions and agreements reached by the two communities".

"We are interested in resolving issues facing the Western Balkans in accordance with the aspirations of the people and countries involved," Lavrov underlined.

"It concerns resolving the Kosovo issues based on the United Nations Security Council Resolution 1244. We have similar positions on crises in the Middle East and North Africa, including the need of implementing Resolution 2254 on Syria," he stressed.

The Russian top diplomat also underscored that he had informed his Greek counterpart about the Normandy Quartet foreign ministers’ meeting held in Berlin on June 11.

"We confirmed our position on the Ukrainian conflict," Lavrov said, adding that "we strongly believe that there is no alternative to the Minsk Package of Measures, which must be implemented in the form that was approved by the United Nations Security Council".