Resistance Front Not to Allow Partition of Syria

TEHRAN (defapress) – Ali Akbar Velayati, an international adviser to the Leader of the Islamic Revolution, highlighted recent victories of the Syrian nation against foreign-backed terrorists and made assurances that the Resistance Front will never allow the Arab country to disintegrate.
News ID: 72765 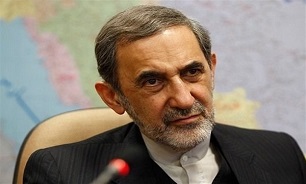 “Now that more than 7 years have passed since this resistance started, time has proven that the Syrian government and people were right and the best evidence is the practical and comparative reason for this victory,” Velayati said at a meeting with an academic Syrian delegation in Tehran on Saturday evening.

He further underlined Iran’s continued advisory presence in Syria and said all nations are aware that the Islamic Republic plays “a decisive role” in the region.

“East and West of Syria are the same and the Islamic Republic of Iran will stay in Syria until the Syrian government supports Iran's presence in this country so that the independence of Syria is fully guaranteed,” Velayati added.

He went on to say that the Resistance Front will not allow an inch of the Syrian soil to be separated, adding that this has angered the Americans and that is why they always say Iran should leave the region.

The remarks come as Syrian forces continue to reclaim much of southern parts of the country and are poised to soon launch an offensive in Idlib, one of the last remaining areas outside of Damascus’ control.

Encouraged by the Syrian army’s gains and the somewhat improving economic conditions in the country, over 13,000 Syrian refugees have returned home so far this year from Lebanon alone, with thousands more also returning from other neighboring countries.

Syria has been gripped by civil war since March 2011 with various terrorist groups, including Daesh (ISIL or ISIS), currently fighting against the central government.