US Losing Ground to Militants in Afghanistan Despite Long Occupation

TEHRAN (defapress)- Over 17 years into the longest war in America's history, the US administration's own investigators shed new light on Washington's failures in the invasion of Afghanistan, where, they say, the government has lost about half of the country's soil to militants and failed to choke off their primary funding source --- the narcotics smuggling.
News ID: 73453 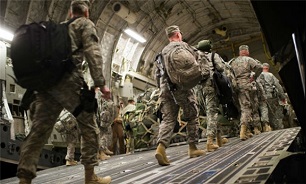 In its quarterly report for the US Congress released late Wednesday, the Special Inspector General for Afghan Reconstruction (SIGAR) said the dire situation in Afghanistan is only deteriorating despite the presence of thousands of American boots on the ground there, presstv reported.

The Pentagon watchdog's report further said the local Taliban militant --- which has been the main target of the US's so-called war on terror --- "now controls more territory than at any time since 2001", when Washington and its allies first invaded the country.

Only 55.5 percent of Afghan districts remain under the control or influence of the Kabul government, the lowest such figure since SIGAR began tracking district control in November 2015, according to the report.

SIGAR's report further examined the notorious drug industry in Afghanistan, which the Taliban have long profited from to finance their bloody militancy in the country that is reported to be producing about 85 percent of the world’s opium.

Poppy production in Afghanistan saw a spike in 2017 and is now four times higher than in 2002.

SIGAR's report did not cover the month of October, but it acknowledged more recent grim setbacks then, including a militant attack targeting the top US commander in the country and key police and intelligence officials in Kandahar Province.

General Scott Miller survived the attack but the province’s intelligence chief and police chief were both killed as the country was preparing for key parliamentary elections.

Meanwhile, the sufferings of war-stricken Afghans have only doubled, with a drought having displaced "about 275,000 people in 2018—52,000 more than the ongoing conflict had displaced over the period".

According to UN figures, some 2.2 million people were affected by the drought in May.

The water shortage has also put wheat production at risk in a country where agriculture employs about 40 percent of the population.

There are around 14,000 US troops and some allies' troops still in Afghanistan.

Last year, US President Donald Trump decided for the American military to stay in Afghanistan and announced a new strategy for continuing the campaign against Taliban there --- in what became the only US foreign policy issue on which US Trump has delivered a lengthy personal delineation of policy and goals.

A year on, however, the US seems to be no closer to quelling the Taliban militancy and stabilizing the country, which has also been grappling with yet another serious security threat --- the Daesh terror group's emergence and expansion.

Daesh and Taliban have been taking turns over the past months to launch bloody attacks against Afghan civilians, security forces and foreign troops.

Now faced with its failure to achieve the goals of the war, the US is seeking to foster peace talks with a stronger Taliban to get out of the war.

After escaping the militant attack, General Miller said in an interview with NBC News that the conflict in Afghanistan “is not going to be won militarily”.