Iraq Exempted From US Anti-Iran Sanctions

TEHRAN (defapress)- Special representative for Iran at the US State Department Brian Hook announced that Iraq has been exempted from certain US sanctions against Tehran.
News ID: 73537 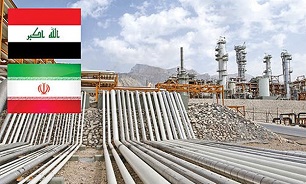 "Iraq will continue importing electricity and natural gas from Iran under an exemption from the US sanctions," Hook said.

The waiver marks a further retreat by US President Donald Trump after it exempted eight countries other than Iraq from its unilateral trade sanctions on the Islamic Republic.

In a relevant move earlier, the US issued formal waivers for Iran’s Chabahar on the Sea of Oman which is being developed jointly by India to crack open a trade and transport route to landlocked Afghanistan.

Iraq has extensive trade ties with Iran and depends on Iranian natural gas imports for electricity generation. Basra in southern Iraq was hit by violent protests which spread to other cities this summer, partly because of a halt of Iranian electricity exports.

Iran has resumed electricity exports to Iraq, Pakistan and Afghanistan and plans to increase supplies amid a decline in energy demand in the wake of falling temperatures.

Iran is currently Iraq's top trade partner, with annual turnover standing at about $12 billion, according to Iraqi officials.

Foodstuff, livestock, construction material and plastic products constitute the bulk of Iran’s exports to Iraq where Iranian vehicles and food data-x-items are a ubiquitous sight.

The two neighbors are currently working on the supply of Iranian gas to Sadr, Baghdad and al-Mansuriya power plants through a 270-kilometer pipeline and to Basra near the Iranian border via a separate pipeline.

Iraq and Iran have also been exchanging oil through a swap deal under which crude from the Kirkuk field in northern Iraq is shipped by truck to Iran which uses it in its refineries and delivers the same amount of oil to Iraq’s southern ports.

Iran’s long-delayed gas exports to Baghdad started on June 21 at around 7 million cubic meters per day, which will finally rise to 35 million.