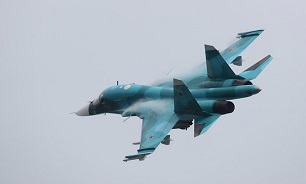 "Two Su-34 aircraft flying from the sea collided mid-air. The crew of one aircraft ejected. The fate of both crews is still unknown," he said.

According to the source, "the incident occurred about an hour ago."