TEHRAN (defapress)- Iran started construction of a large petrochemical refinery complex in Bandar Jask port on the coast of the Gulf of Oman, cutting the distance between the high seas and its petrochemical terminals by around 600 kilometers.
News ID: 75242 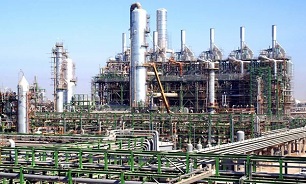 Projects Manager of the National Petrochemical Company (NPC) Ali Mohammad Bosaghzadeh said on Sunday that the operation to construct the mega refinery complex has officially started.

By developing Jask Area located in the coast of the Arabian Sea, Islamic Republic of Iran will strengthen its maneuver in energy market significantly, in addition to reducing its dependency on the Strait of Hormuz, he reiterated.

The distance between Jask Area and the world market is less than one thousand kilometers as compared to Assaluyeh, the issue of which plays an important role in reducing exports costs to a great extent, the project manager observed.

Accordingly, construction of a large oil terminal in Jask and also launch of petrochemical refinery was put atop agenda in this area.

He pointed to meeting petrochemical demands of the country and also exports growth as the main aim behind construction of a large petrochemical refinery in Jask region.

Considering the existence of crude oil feed in this complex, gasoline, gas oil, plane fuel, sulfur and also products such as butadiene, polyethylene and propylene products, mono-ethylene glycol and several petrochemical products are manufactured in this petrochemical unit.

In a related front earlier on January 08, the third phase of Iran’s Persian Gulf Star Refinery (PGSR) was inaugurated in the Southern city of Bandar Abbas, increasing millions of liters to the refinery’s gasoline output.