TEHRAN (defapress) - Russian Foreign Minister Sergei Lavrov has stated that Moscow would react to military threats related to the US withdrawal from the INF Treaty by military-technical means.
News ID: 75402 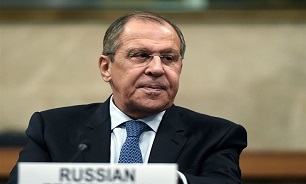 Moscow issued a "mirror" response to the US move and also suspended its participation in the treaty.

"Unfortunately, the countries of the alliance were not ready for meaningful dialogue on the Mk-41 launchers, which are located in Romania, and will appear in Poland next year, in violation of the INF Treaty. These are integrated into the NATO missile defense system, so the alliance is also directly responsible for undermining the treaty," the Russian Foreign Ministry website said, Sputnik reported.

US plans to build low-power nuclear weapons will sharply lower the threshold for the use of nuclear weapons, according to both Russian and Western military experts, the Russian top diplomat emphasized.

"We are not seeking an arms race, which was at the present at the times of the Cold War, the president said very clearly about this," he added.

According to Lavrov, all Russia's proposals related to arms control are still on the table, but Moscow will not "remind our Western partners about them."

"When they [White House authorities] come to understanding their responsibility for the problems that are created by the US policy, […] the doors are open, we will talk. On an equal footing, on the basis of taking into account each other's interests, legitimate interests, not fictional."

In addition to this, the Russian Foreign Ministry stated that NATO states were not ready for a dialogue on the MK-41 launchers deployed in Romania and Poland in violation of the INF Treaty.

The statements come two days after Vladimir Putin held a meeting with Foreign Minister Sergei Lavrov and Defense Minister Sergei Shoigu, during which the Russian president said that Moscow suspended its obligations under the INF Treaty in response to a similar decision announced by US Secretary of State Mike Pompeo the day before.

In addition to this, Putin stated that the use of target rockets and the deployment of Mk 41 launchers in Europe since 2014 by the United States is a direct violation of the Intermediate-Range Nuclear Forces Treaty.

The Russian president instructed the ministries to carefully monitor the situation and promptly suggest proposals for reaction to any developments, emphasizing that Moscow would not be dragged into a new arms race.

On February 1, Pompeo justified the US decision to suspend its obligations under the historic Cold War-era INF Treaty, triggering the six month withdrawal process, by yet again accusing Russia of violating the treaty. Moscow has strongly denied the claims.

Earlier, Pompeo issued an ultimatum to Russia, saying that it has 60 days to start to comply with the agreement, or, otherwise, the United States could leave the treaty on February 2. He also claimed that Russia’s 9M729 missile violates the INF treaty which bans missiles with ranges between 310 and 3,400 miles.

After being accused by NATO of a "lack of transparency" over the 9M729 missile (NATO: SS-08), the Russian foreign and defense ministries held a briefing, showing the missile itself used by the Iskander-M systems and revealing its characteristics. While being invited to the briefing, NATO representatives, including US and EU envoys, refused to take part in the meeting.

The INF Treaty, signed by the United States and the Soviet Union in 1987, bans all ground-launched ballistic missiles with ranges between 310 and 3,400 miles.