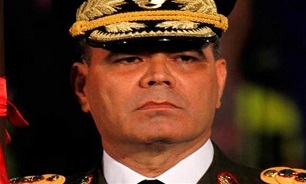 Vladimir Padrino Lopez was alluding to Feb. 23 -- the date announced earlier by self-proclaimed interim president Juan Guaido on which his followers will try to force through convoys of US aid from Colombia into Venezuela, Anadolu agency reported.

Lopez stressed they would not take orders from other governments.

His comments came amid a continued diplomatic and economic push by the US to force President Nicolas Maduro to cede power to Guaido, the leader of Venezuela’s opposition National Assembly who declared himself acting president on Jan. 23.

The indefinite shutdown of the maritime border affects the islands of Curacao, Aruba and Bonaire, he added.

Maduro said earlier that the aid discussions are "part of the US occupation strategy", adding they "will not allow this show".

The opposition argues that aid should get into the country since 300,000 people urgently need food and medicine while 2 million people are facing health risks.

Some observers claim that the blocking of the "aid" could be used by the US as an excuse to intervene militarily.

"FANB [National Bolivarian Armed Forces of Venezuela], we ask that this #23F [Feb. 23] Listen to the voice of people, people that you well know suffering from a lack of food and medicines," Guaido tweeted Tuesday. "Allow the entry of humanitarian aid and open the doors to a better future for all. Venezuela counts on you!"

On Feb. 6, the Maduro government blocked a bridge to prevent US aid from entering.

Venezuela has been rocked by protests since Jan. 10, when Maduro was sworn in for a second term following a vote boycotted by the opposition.

Tensions rose when opposition leader Guaido declared himself acting president, a move which was supported by the US and many European and Latin American countries.

Turkey, Russia, China, Iran, Bolivia and Mexico have put their weight behind Maduro.