TEHRAN (defapress) – The chairman of Yemen’s Supreme Revolutionary Committee described a US Senate vote to end Washington’s support for the Saudi-led war on the Arabian Peninsula country as a result of Yemenis’ steadfast resistance against aggressors.
News ID: 76180 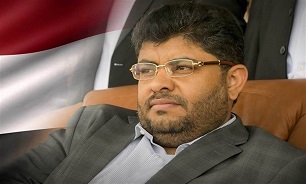 “We consider this (the Senate vote) to be the result of the steadfastness of the Yemeni nation who faced the weapons (exports) crimes and hunger caused by the US-UK-Saudi-Emirati aggression with bravery and strength,” Mohammed Ali al-Houthi said in comments posted on his Twitter account.

On Wednesday, the US Senate once again rebuked President Donald Trump for his policy toward Riyadh by approving a resolution that would put an end to Washington’s support for the Saudi-led coalition in the devastating war it has waged on Yemen since 2015.

The Republican-led Senate passed the resolution by a 54 to 46 tally, seeking to halt any US military involvement in the conflict, including providing targeting support for Saudi airstrikes, without authorization from Congress.

Introduced by Senators Bernie Sanders, Mike Lee and Chris Murphy, the resolution will scale back the US role in and American military assistance for Saudi war on Yemen ahead of the fourth anniversary of the day when the Saudi-led coalition started its campaign against the impoverished nation.

The text now heads to the Democrat-led House of Representatives, which is expected to overwhelmingly pass the measure, possibly this month.

Bernie Sanders, a co-sponsor of the text, has called the Saudi war on Yemen a humanitarian and strategic disaster.

The resolution sets the foundation for what could become Trump’s first presidential veto, as White House advisers said earlier in the day that Trump would veto the resolution.