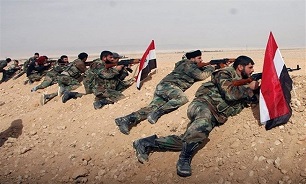 Hay’at Tahrir al-Sham terrorist group also fired a number of missiles and artillery shells towards the Syrian government’s positions in the northern Hama countryside, according to Almasdar.

Over the past few weeks, the fighting in northwestern Syria has intensified to the point that the Russian and Turkish armed forces have had to intervene in order to stop the spread of violence.

Terrorists were largely defeated in late 2017 by the Syrian army thanks to support from the Damascus government’s allies, namely Iran and Russia, losing almost all the swathes of land they had captured from the Syrian government in the course of their terror campaign.

Under a deal reached following a meeting between Turkish President Recep Tayyip Erdogan and his Russian counterpart Vladimir Putin in September 2018, all militants should have withdrawn from the demilitarization zone by October 15.