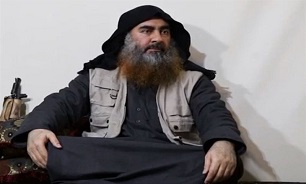 The video, released on Monday, shows al-Baghdadi appearing with a bushy grey and red beard, wearing a black robe with a beige vest and seated on the floor with what appears to be a machine gun propped up next to him, media reports said.

It is still not clear if the 18-minute video is authentic. The new footage could not be dated either, but the person appearing to be al-Samarrai makes reference to bombings that left hundreds of people dead in Sri Lanka last week.

The speaker claims the coordinated attacks were Daesh’s revenge for the defeat it suffered recently in the eastern Syrian village of Baghouz.

"The battle for Baghouz is over," he says, adding that the terror group is engaged in a "battle of attrition" and would seek revenge for its jailed and killed members. He also urges its elements based in East Africa to ratchet up their acts of terror.