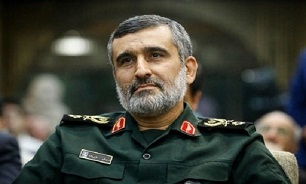 He made the remarks in his meeting with Iraqi Air Defense Commander Lt. Gen. Jabar Obeid Kadhim Jabbar on Friday.

Iran and Iraq have established long-standing and amicable relations with each other, which have been a thorn in the eyes of Global Arrogance, the Zionist regime and also reactionary Arab countries in the region, he added.