TEHRAN (defapress)- Secretary General of Iran's Drug Control Headquarters Brigadier General Eskandar Momeni announced that 800 tons of trafficked narcotics are annually discovered and seized in the country, adding that a major portion of these cargoes are destined for Europe.
News ID: 77399 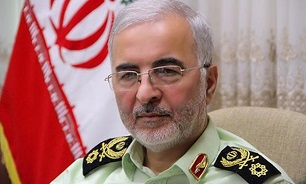 "Annually, over 800 tons of drugs are discovered in Iran a major part of which is due to be used (by traffickers) for transit towards Europe," General Momeni told reporters in Alborz province near Tehran on Monday.

He added that Iran spends over 11% of its gross national product for direct and indirect expenses on campaign against illicit drugs, and expressed concern that the US sanctions against Iran which pressure the country economically would leave negative impacts on Tehran's anti-narcotics efforts.

General Momeni said that international meetings and forums held to increase fight against drugs will not resolve any problems, noting, "As we fight, the world should also play its role in this regard because the young Iranians fight (drugs) to protect the life of other countries' youth but other countries do not help this fight and rather rock the boat."

In relevant remarks late last month, Iranian Police Chief Brigadier General Hossein Ashtari had described Iran as a pioneering state in campaign against drug trafficking, and said, "We have declared our information and needs to the international organizations and I should say that we have not pinned hope on their aid."

"We do not have hope that the international organizations can seriously confront" the cultivation and production of narcotics in Afghanistan, General Ashtari said.

Afghan and western officials blame Washington and NATO for the change, saying that allies have "overlooked" the drug problem since invading the country 18 years ago.