TEHRAN (defapress)- Tehran believes in a win-win approach and is after active engagement and dialogue with the littoral states of the Persian Gulf, Iran's Ambassador and Permanent Representative to the United Nations Majid Takht Ravanchi said in a letter to UN Secretary General Antonio Guterres.
News ID: 77497 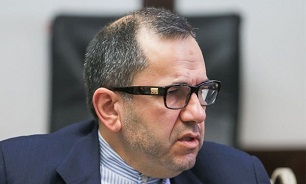 Takht Ravanchi, in his Monday letter to Guterres, called for adoption of a win-win approach, re-voicing Tehran’s call for dialogue and active engagement between the littoral States of the Persian Gulf.

“Such a regional dialogue should be based on mutual respect as well as generally recognized principles and shared objectives, notably respect for sovereignty, territorial integrity and political independence of all states; inviolability of international boundaries; non-interference in internal affairs; peaceful settlement of disputes; impermissibility of threat or use of force; and the promotion of peace, stability, progress and prosperity in the region,” he outlined the principles his country cherishes as requirements for constructive dialogue.

He added that the proposal for establishing a regional forum of dialogue had been repetitively brought up by Iranian Foreign Minister Mohammad Javad Zarif at international events, quoting Zarif that the establishment of a collective forum for dialogue in the Persian Gulf region to facilitate engagement is long overdue.

“By promoting understanding, regional dialogue can lead to agreement on a broad spectrum of issues, including confidence- and security-building measures; combating terrorism and violent extremism; and ensuring freedom of navigation and the free flow of energy,” he highlighted.

“It eventually can include more formal non-aggression and security cooperation arrangements,” he added.

In a most recent case of Iran’s call for regional dialogue, Zarif stated Tehran’s readiness for solving regional issues in the Persian Gulf through dialogue and mutual understanding, on May 01, during his address at the 16th ministerial meeting of the Asia Cooperation Dialogue (ACD) in Doha, renewing Iran’s call for setting up a Regional Dialogue Forum in the Persian Gulf.

“Let me assure you that in relentless pursuit of dialogue and multilateralism, Iran will always be a steadfast partner,” Zarif said.

To address dialogue deficiency, I have for some time proposed the establishment of a Regional Dialogue Forum in the Persian Gulf. Every player in our region should understand that we are neighbors forever, and that the only way to secure peace and prosperity is through the recognition of a common destiny. And an acceptance that inclusive multilateral dialogue is the only way out of the current multidimensional crises facing us all,” he underlined.

Iran has on numerous occasions invited the littoral states of the Persian Gulf to engage in a constructive regional forum of dialogue.

In another case, Zarif renewed Iran’s call in early January during an address to the Raisina Dialogue in New Delhi.