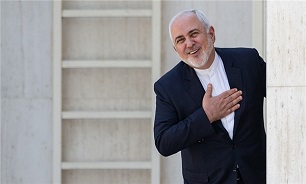 In the latest move by Washington in its "maximum pressure" campaign against Tehran, the United States on Wednesday imposed sanctions on Iranian foreign minister for acting on behalf of Iranian Supreme Leader Ayatollah Seyed Ali Khamenei.

Commenting on the recent Washington sanctions against the Iranian foreign minister, Russian Foreign Minister Spokeswoman Maria Zakharova said on Thursday the United States only knows how to impose sanctions.

She stressed that the US "is getting into a dead end" because after having rejected a wide range of resources and diplomatic tools to solve various issues and problems, the only tool that remains is sanctions.

"This tool does not work, it has not been shown anywhere, it has completely discredited itself as well as those who use it," she added.

Chinese Foreign Ministry Spokeswoman Hua Chunying said at a briefing on Thursday that the position of the Chinese side on this issue is very clear.

“China opposes unilateral US actions ... We think it is not facilitating the solution of the problem," she stated, stressing that negotiation and dialogue were the best ways to solve the problem.

"The US has repeatedly stated that it is ready to hold talks with Iran without preconditions. We hope that the actions of the United States will not diverge from their statements", the spokeswoman noted.

Venezuelan Foreign Minister Jorge Arreaza also stated on Thursday that the United States will not silence its counterpart in Iran by imposing sanctions against him.

They have always opposed dialogue and diplomacy, but dignity of the Islamic Republic of Iran and all free countries is irreducible, Arreaza wrote on Twitter.

In reaction to Washington’s move, the Iranian foreign minister, the architect of a 2015 multilateral nuclear deal, reiterated that the move by the US administration “has no effect” on him or his family, as they “have no property or interests outside of Iran”.

“Thank you for considering me such a huge threat to your agenda,” Zarif stated.

Iranian President Hassan Rouhani blasted the US sanctions against Zarif as a move out of Washington's desperation and indicative of ineffectiveness of its pressures on Tehran.

"Americans are resorting to childish behavior... Maybe there's no better way to describe (the sanctions) but childish. They have been claiming every day that they want to talk, with no preconditions ...and then they sanction the foreign minister. This means that they have lost the power of rational thought," President Rouhani stated.