No Talks between Iran, US 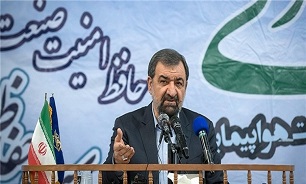 "As the Supreme Leader has stated there will be no negotiation between Iran and the US either informal and brief or formal," Rezayee told FNA on Monday.

He reiterated that no talks at any levels will be held between Iran and the US, explaining, "This means that we will not witness any negotiations with the Americans by Iranian political officials not only at high levels but also at low levels."

In relevant remarks earlier this month, Supreme Leader of the Islamic Revolution Ayatollah Seyed Ali Khamenei downplayed the impacts of Washington's maximum pressure policy against Iran, saying that Tehran would not negotiate with the US at any level as long as it did not return to the nuclear deal.

"The policy of maximum pressure is not worth a penny to the Iranian nation and all officials of the Islamic Republic stand united in believing that there won't be any talks with the US at any level," Ayatollah Khamenei said in Tehran on September 17.

He described the US offer talks with Iran as a deceptive move to impose its will on the Muslim nation and prove the effectiveness of maximum pressure on the country, and said, "Everyone should know and take note that it is a trick."

Ayatollah Khamenei referred to contradictory positions taken by the US officials on talks with Iran, and said, "Sometimes, they speak of unconditional negotiations and sometimes, they say negotiation with 12 conditions. Such remarks are either the result of chaos in their policy or a trick to confuse the opposite side. Of course, the Islamic Republic will not become confused because our path is clear and we know what we are doing."

He further reiterated that the Americans are not looking for fair solution to the problems through talks, but only mean to impose their insolent demands. "I had already stated that the US goal for talks (with Iran) is imposing its will but they have become so insolent that today they speak of this reality themselves."

Ayatollah Khamenei pointed to some recent remarks by a US official who had said that the Americans should force Iran to the negotiating table to inform it of its dictates, and said, "To have this kind of negotiations, they should go to their milking cows (alluding to certain Persian Gulf Arab states). The Islamic Republic is the Republic of Muslims and honor."

He underlined that the US administration is pursuing the policy of maximum pressure against Iran through different sanctions and threats because the current US administration believes that they cannot bring the Islamic Republic to its knees with compliments.

"The US regime is after convincing both its internal rivals and the Europeans that maximum pressure is the ultimate policy and the only way to confront Iran," Ayatollah Khamenei said.

He warned that once the US succeeds in proving that maximum pressure is the only way to confront Iran, the Iranian nation will never again live in tranquility as Washington will continue to raise excessive demands when it sees that its pressure policy works.

"We should prove that the maximum pressure policy against the Iranian nation is not worth a penny," the Leader stressed.

He warned that talks with the US means imposition of their will on the Islamic Republic and a display of the success of the US maximum pressure policy. "This is the reason why the country's officials from the president, the foreign minister and others have all stood united to declare that we will not negotiate with the US neither bilaterally nor multilaterally."

Ayatollah Khamenei, meantime, said that if the US withdraws from its present stance and returns to the nuclear deal, then it can participate in the meetings held within the framework of the nuclear deal alongside other members, "otherwise, no negotiations at any level will be held between the Islamic Republic officials and the Americans, neither in New York (on the sidelines of the UN meeting) nor in any other place."

He reminded failure of plots against Iran in the past 40 years, and ensured that the Islamic Republic will eventually come to embrace victory in battle against other schemes in future.

Ayatollah Khamenei also said that the door of talks with other world nations is not closed, advising the Iranian officials to use all possibilities in the world but mainly take assistance from people inside the country to resolve the problems.