TEHRAN (defapress) – Marking National Mowlavi Day to pay homage to the renowned 13th century Persian poet on his birthday anniversary, Iran’s foreign minister said the region and world need Mowlana’s “insight and wisdom” more than any time in the past.
News ID: 78868 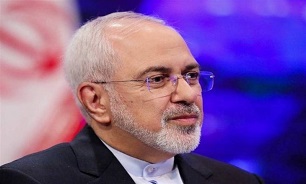 “On Rūmī's 812th birthday, our region and the world need his insight and wisdom more than ever before. ~Jalāl ad-Dīn Muhammad Rūmī, September 30, 1207—December 17, 1273," Zarif tweeted early on Tuesday.

He was born in Balkh (once part of Persia and now part of a city in Afghanistan) and passed away in Konya, Turkey, where he was laid to rest.

Every year, Iranians hold ceremonies in different cities across the country, including the capital, Tehran, to pay homage to the world-famous literary figure.

Similar ceremonies are also held in other countries, including Turkey and Tajikistan.

Mowlavi is better known for his magnum opus, Masnavi, which contains a great number of stories and anecdotes of diverse styles and is considered by many to be one of the greatest works of Persian literature.

His second best-known work is Diwan-i Shams-i Tabriz which is named in honor of his master Shams. The major work is a collection of poems, including couplets, quatrains and sonnets.

Mowlavi’s poems have been widely translated from Persian into many of the world's languages.

In 2007, the United Nations Educational, Scientific and Cultural Organization (UNESCO) named 2007 as the year of Mowlavi in honor of the Persian poet's outstanding achievements.