North Korea Issues Fresh Warning to US after Talks Stumble

TEHRAN (defapress) – North Korea and the US left their first nuclear discussions in eight months disagreeing about what was on the table and showing how far apart Kim Jong Un and Donald Trump still are.
News ID: 78922 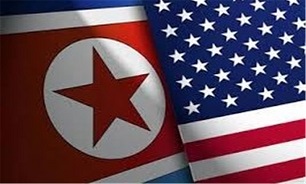 North Korea’s nuclear envoy Kim Myong Gil said Monday that the US had arrived “empty-handed” for the talks in Stockholm over the weekend. He hinted at Kim Jong Un’s threat to take the nuclear stalemate on a “new path” if the Trump team doesn’t ease up on sanctions choking the economy by the end of the year, Bloomberg reported.

“It’s up to the US whether to hold talks later on,” Kim Myong Gil told reporters in Beijing, the Yonhap News Agency of South Korea quoted him as saying. “If the US is not well prepared, who knows what terrible incident could happen. Let’s wait and see.”

After more than a year of diplomacy and three meetings between Trump and Kim Jong Un, the two sides have yet to agree what they see as North Korea’s denuclearization, let alone draw up a road map to achieve it. While Trump has hailed success in halting North Korea’s tests of nuclear weapons and intercontinental ballistic missiles, Kim’s regime has hinted at a resumption, and fired off a series of shorter-range missiles since May in a show of force.

Morgan Ortagus, a State Department spokeswoman, said that “the early comments” from North Korea’s delegation “do not reflect the content or the spirit of today’s 8 1/2-hour discussion.” The US delegation previewed “a number of new initiatives” and accepted a Swedish invitation to continue the talks in two weeks, Ortagus said in a statement.

North Korea accused the US of “spreading a completely ungrounded story,” about the future meeting, the state-run Korean Central News Agency quoted an unnamed Foreign Ministry spokesperson as saying. “The US has actually not made any preparations for the negotiations, but sought to meet its political goal of abusing the DPRK-US dialogue for its domestic political events on schedule,” the spokesperson said.

The US point man for the nuclear talks in Stockholm, Stephen Biegun, was due to meet envoys from South Korea and Japan this week in Washington to discuss what happened in Sweden, the South Korean Ministry of Foreign Affairs said.

One of the biggest problems of the process driven by Kim Jong Un and Trump’s direct meetings is that is has given little time to working-level discussions needed to iron out the details of any deal to wind down a nuclear arms program in one of the world’s most secretive states.

“Overall, North Korea cannot pursue any economic development under these kind of sanctions. The US administration knows that sanctions will be in place as long as there are threats from North Korea’s nuclear capabilities,” said Oh Joon, a former United Nations ambassador for South Korea.

Trump walked out of summit with Kim in February in Hanoi, saying the North Korean leader wanted too much sanctions relief and offered up too little disarmament in return. The US has said that North Korea must first disarm before it can receive aid, a non-starter for Pyongyang, which has said that would be akin to political suicide and leave it vulnerable to a US attack.

North Korea has pressed the US to take a step-by-step approach where it receives rewards for moves it makes to dismantle its nuclear and missile programs. The two leaders agreed at a meeting in June the Demilitarized Zone that divides the Korean Peninsula to restart working-level talks.

Less than 12 hours after it said it agreed to the talks with the US last week, North Korea tested a new, submarine-based ballistic missile. It was the longest-range weapon tested by Pyongyang since November 2017, and South Korea’s military estimated the missile flew 910 kilometers (565 miles) into space before falling into the sea. Trump said the launch wouldn’t derail the discussions.

“We came with a set of ideas,” Pompeo said. “We hope that the North Koreans came with a good spirit and a willingness to try to move forward to implement what President Trump and Chairman Kim agreed to back in Singapore.”